Flamingos grab point from Chattanooga, but postseason hopes slip away 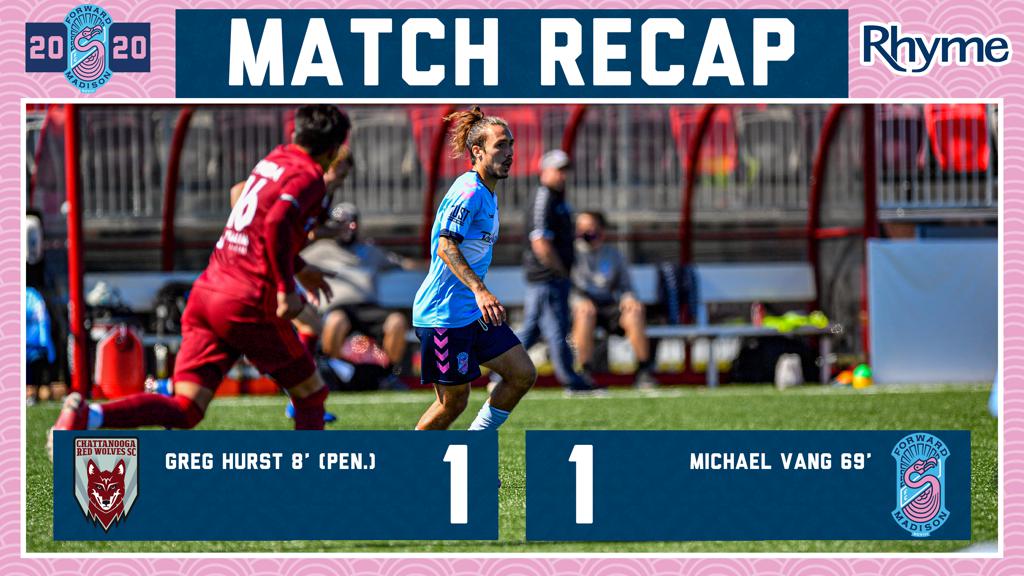 Forward Madison came from behind to draw 1-1 at Chattanooga Red Wolves on Saturday, but despite the result, now hang on the threshold of postseason elimination. Michael Vang scored a superb second half goal, while Chris Brady kept FMFC alive with a late kick save.

Without a win, though, the Flamingos’ playoff hopes hang by a thread. FMFC will be eliminated from contention for the USL League One Final if the Richmond Kickers win or draw later today.

Chattanooga took the lead from the penalty spot in the 8th minute thanks to forward Greg Hurst, whose seventh strike of the season puts him third in the League One goalscoring charts. FMFFC center back Gustavo Fernandes, filling in for the suspended Connor Tobin, was whistled for a foul in the 18-yard box, and Hurst slotted the ensuing penalty kick.

Jamael Cox came close to equalizing for the Flamingos in the 15th minute, but his close-range effort was knocked down by Chattanooga goalkeeper Alex Mangels.

Trailing 1-0 at halftime, Head Coach Daryl Shore made a double substitution, bringing on midfielder Vang and forward Paulo Júnior to kickstart the attack.

In due time, Shore’s change paid off. Forward Madison equalized in the 69th minute through Vang, with the assist coming from Paulo. Vang, who now leads the Flamingos with four goals in 2020, nutmegged a defender before curling a beautiful shot into the far corner.

Chattanooga could have re-taken the lead in the 80th minute, through Hurst, but goalkeeper Chris Brady made an excellent stop. Hurst had gone past the back line and was one-on-one with Brady, who stretched out his leg to kick the shot away and preserve the score at 1-1.

That is straight FILTH from @_michaelvang_!

Mike ties the game in the 69th minute! pic.twitter.com/xBFRHGps5x