Flamingos return to Hart Park eliminated from playoffs, but with season success on the line 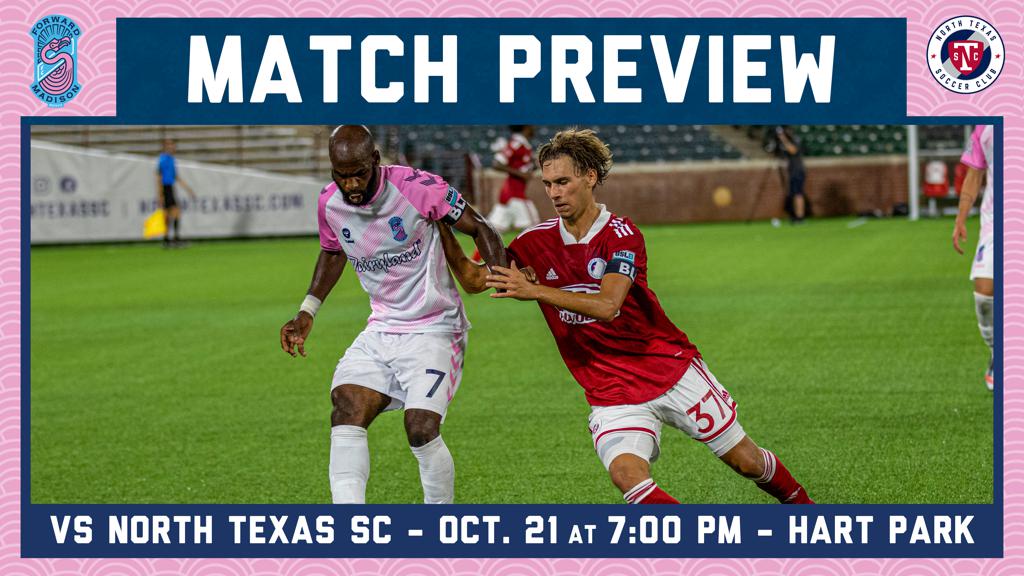 When Forward Madison returns to Hart Park this Wednesday, it will - for this first time in club history - not have a postseason spot to play for. The Flamingos still have two matches to go in 2020, but were eliminated from contention for the USL League One final last week.

For some teams, that might be reason enough to fold their cards. But for Head Coach Daryl Shore and Forward Madison, there’s still plenty to play for. Speaking on Behind the Feathers, Shore noted that FMFC needs at least four points to secure a winning record this season.

“This has been a tough year: We haven’t been able to play at Breese [and] we haven’t been able to practice in Madison,” Shore said. “But we still know the support that we get from our ownership group, the front office, the Flock and all of our other fans. So we feel that it’s important to finish the season strong and get six points in these last two games.”

The Flamingos are coming off a 1-1 comeback draw in Chattanooga last Saturday. Michael Vang scored the equalizer in the 69th minute, making him the team’s sole goalscoring leader, while Chris Brady preserved the point with a kick-save in the 80th minute.

Coming off a grueling three-game road trip, though, the Flamingos are dealing with more than their fair share of bumps and bruises. According to Shore, Jamael Cox, Jalen Crisler, Brandon Eaton and Alex Monis will all miss Wednesday’s match, while others could be game-time decisions.

“We still are trying to assess it,” Shore said. “We feel like we’ve got guys that are ready to play. Everybody knows on this team you have to be ready, and you can be put into the lineup at any time.”

North Texas SC, meanwhile, is still in the playoff hunt, but would be eliminated with a draw or a loss. FC Dallas’ affiliate team has engineered a remarkable late-season turnaround, winning three of its last four games to move up to fifth place in the standings.

The team’s resurgence has been spearheaded by Ronaldo Damus, the 2019 USL League One Golden Boot winner. Damus leads North Texas in both goals (5) and assists (3), while last year’s League One MVP Arturo Rodriguez has added to the attack since his mid-season return from a USL Championship loan deal.

Forward Madison has a long history with North Texas SC, having played Wednesday’s opponent more times than any other team in the club’s existence. The Flamingos lost to North Texas in the 2019 playoffs, but have beaten them on both occasions in Wisconsin - including a memorable 4-1 win last June.

FMFC lost its only game thus far against North Texas in 2020, though, falling 2-1 in its season opener. For Shore, the rematch means a lot.

“We want to win the game,” Shore said. “We want to give our fans something to be proud of.”