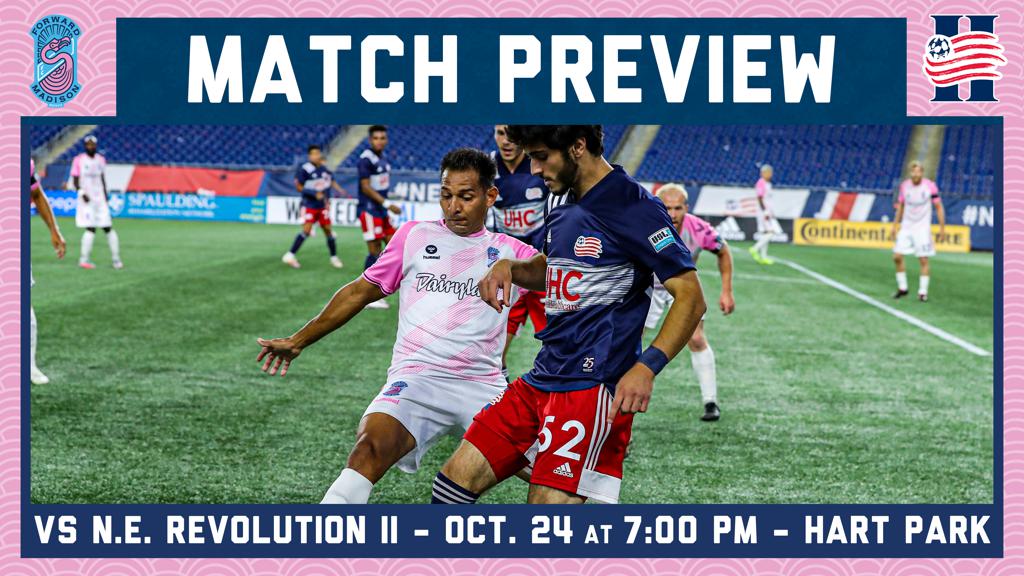 Forward Madison will have a chance to end its 2020 on a high note Saturday, as the team hosts New England Revolution II in its season finale at Hart Park. The Flamingos can no longer qualify for the USL League One Final, but for Head Coach Daryl Shore, they still have a reputation to uphold.

Forward Madison currently sits 9th in the League One standings, but could potentially move up to as high as 6th with a win. The Flamingos also stand to finish the year with a .500 record if they can claim victory.

According to Shore, it’s one of the first steps in getting the club back on track after missing the postseason.

“We  look forward to first closing this season off with a win,” Shore said. “After that (we’ll) make sure the roster is formulated for 2021 to where we get back to the Forward Madison ways of being in the playoffs and competing for a championship.”

After an especially exhausting season, though, in which FMFC’s players had to travel hours for both practices and games, the wear and tear is finally beginning to show. Forward’s unavailable list for Saturday includes Jalen Crisler, Christian Diaz, Brandon Eaton, Gustavo Fernandes, and Alex Monis. Shore also listed Jamael Cox, Eric Leonard, and Connor Tobin as questionable.

One storyline for Saturday will be goalkeeper Chris Brady’s chase for the USL League One Golden Glove Award. Brady currently holds a 0.71 Goals Against Average, just behind league leader Dallas Jaye’s 0.67. Jaye’s Greenville Triumph will kick off at Orlando City B earlier in the day, meaning Brady will already know what he has to do to earn the award.

New England Revolution II, meanwhile, has also already been eliminated from contention for the USL League One Final. The Revolution are eighth in League One, level on points with the Flamingos but ahead on a tiebreaker.

New England has been in good form recently, winning four of its six past games, but was battered 4-0 by South Georgia Tormenta on Wednesday. Nicolas Firmino has been the Revolution’s standout player, leading the team in goals (4) and co-leading in assists (2).

Forward Madison won its only previous meeting with New England in convincing fashion, claiming a 4-0 victory on the road on September 4.

According to Shore, Saturday’s match represents a chance to finish things on a positive.

“There’s nothing better than winning your last game,” Shore said. “It’s kind of like golf, where you’re only as good as your last hole. When you par or birdie 18, you’re ready to go out and play again.”