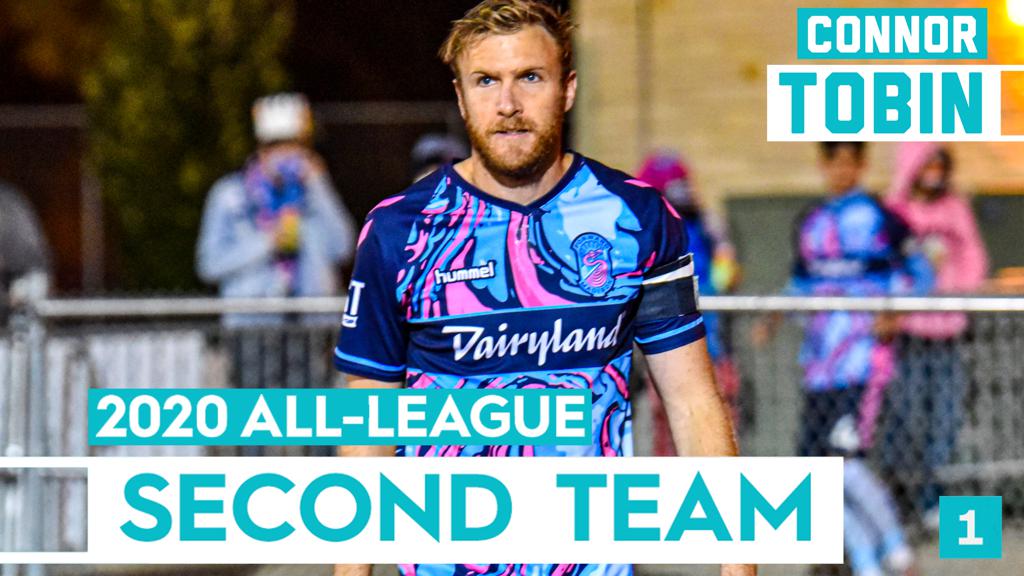 Tobin, a center back, blocked a team-high eight shots and made the sixth-most clearances in the league with 61. Tobin also had the second-highest duel success rate among players with at least 50 duels won, winning 73.1 percent (57 of 78) of his challenges.

The 2020 USL League One All-League Teams were voted on by team technical staffs and executives.