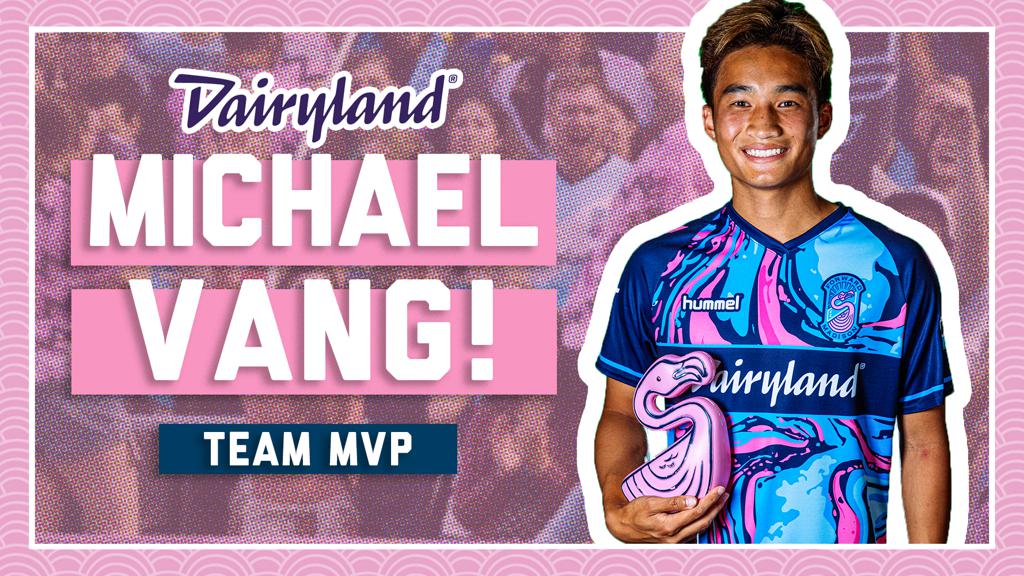 Vang, a 20-year-old midfielder, broke out in his debut season with the Flamingos. Despite missing the first three games due to paperwork issues, he managed to lead the team with four goals and added two assists. Vang was also twice named in the USL League One Team of the Week.

Vang earned 882 votes in a fan vote for MVP, enough for 47% of the total and a plurality of the ballots. Midfielder Eric Leonard garnered the second-most votes (549) and defender Jiro Barriga Toyama came third (169).