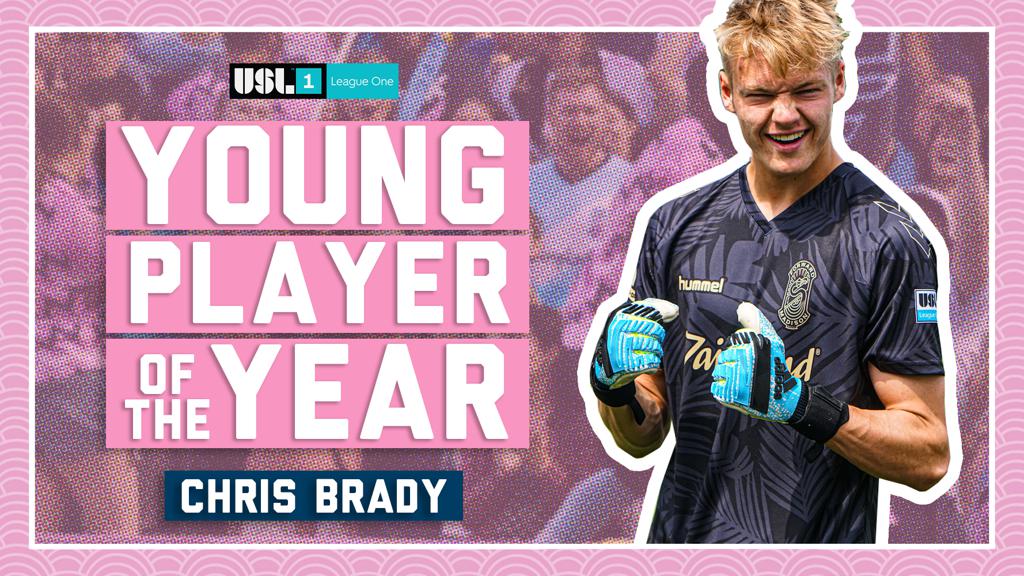 Forward Madison’s Chris Brady has been named the USL League One Young Player of the Year, the club announced Thursday.

Signed by Chicago Fire FC in March to a Homegrown Player contract, the 16-year-old Brady joined the Flamingos on loan for the 2020 campaign and established himself as the club’s starter midway through the season. The 6-foot-3 shot-stopper posted three shutouts in eight games and a save percentage of 76 percent, making 19 saves as FMFC fought for a place in the postseason.

Brady’s goals-against average of 0.75 placed him second in the race for the League One Golden Glove as he played error-free behind Madison’s back line. Brady stood out in key moments, including a remarkable kick save in the waning minutes of a game on Oct. 17 to preserve a 1-1 draw against Chattanooga.

Up next for Brady could be the 2021 CONCACAF U-17 Championship as part of the United States U-17 National Team. Should the side succeed and advance to the FIFA U-17 World Cup scheduled for Peru next October, the young goalkeeper’s time in Wisconsin could end up serving as a springboard up the ranks in the professional game.

The 2020 USL League One Awards were voted on by team technical staffs and executives. Voting was conducted following the conclusion of the 2020 League One regular season.