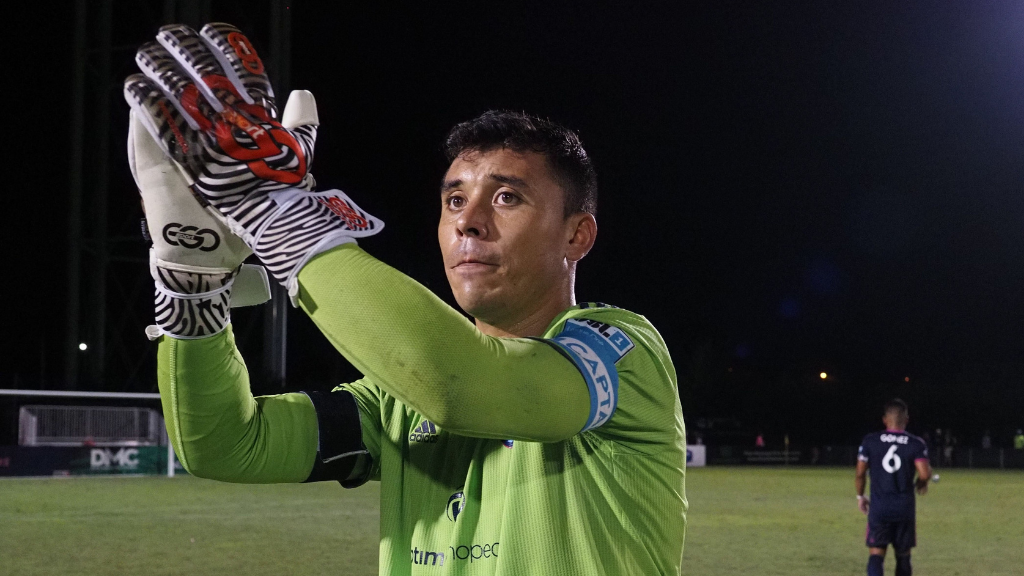 After making 49 saves and keeping four clean sheets, Jara was named a Finalist for the 2020 Goalkeeper of the Year award. (Photo courtesy of Aaron Cranford/Tormenta FC)

Goalkeeper Pablo Jara has signed a three-year contract with Tormenta FC, keeping him in Statesboro through the 2023 season the club announced Tuesday. Jara is approaching his fourth season with the South Georgia side and third as a professional.

“In Pablo, we believe we have a Championship caliber goalkeeper,” said Tormenta FC Head Coach Ian Cameron. “So as we map our plan for a successful 2021 campaign, Pablo remains an integral part.”

Jara had a productive 2020 season in which he played every minute for the club, posting a 69.01 save percentage while making 49 saves. The Chilean netminder finished the season with four clean sheets and was nominated for Goalkeeper of the Year by club technical staffs and leadership personnel from around the league.

The 26-year-old earned two Team of the Week honors in 2020, bringing his career total to five. One of those honors came after Jara’s league record-tying performance where he made 11 saves to help Tormenta FC to a 2-1 win over Fort Lauderdale CF.

“Being in a place where multiple people believe in you is amazing,” Jara said. “Tormenta FC is growing, and I’m happy to be part of this chapter. As they believe in me, I believe this franchise and community will keep growing together until soccer reaches every corner of this part of the country. Thank you, Statesboro and Tormenta FC.”