Forward Madison FC has re-signed defender Josiah Trimmingham, making him the first player to officially join the Flamingos’ 2021 roster. Trimmingham, a 23-year-old center back from Trinidad & Tobago, established himself as a regular starter for FMFC in 2020.

According to Trimmingham, Forward Madison’s positive direction as a club made his decision to return an easy one.

Trimmingham started 13 of Forward Madison’s 16 games in 2020, locking down a consistent spot in the lineup and leading the team with 70 clearances and 37 aerial duels won. He made an impact with his physical style of play, earning the nickname “Tank” from his teammates.

Trimmingham, who is from San Juan, Trinidad, started his career in his home country’s TT Pro League with San Juan Jabloteh in 2014. Trimmingham’s progression earned him call-ups to the Trinidad & Tobago National Team, including an appearance on the bench during the Soca Warriors’ infamous 2017 win that eliminated the United States from World Cup qualification.

After starring as a guest player during one of Forward Madison’s exhibition games in 2019, Trimmingham joined on a full contract for a pandemic shortened 2020 season.

“We endured a lot of obstacles, but from a player’s perspective we overcame all that we could,” Trimmingham said. “Our fans really backed us and it’s nice to see that you have that support going into next season.”

Trimmingham’s signing will be confirmed pending league and federation approval. 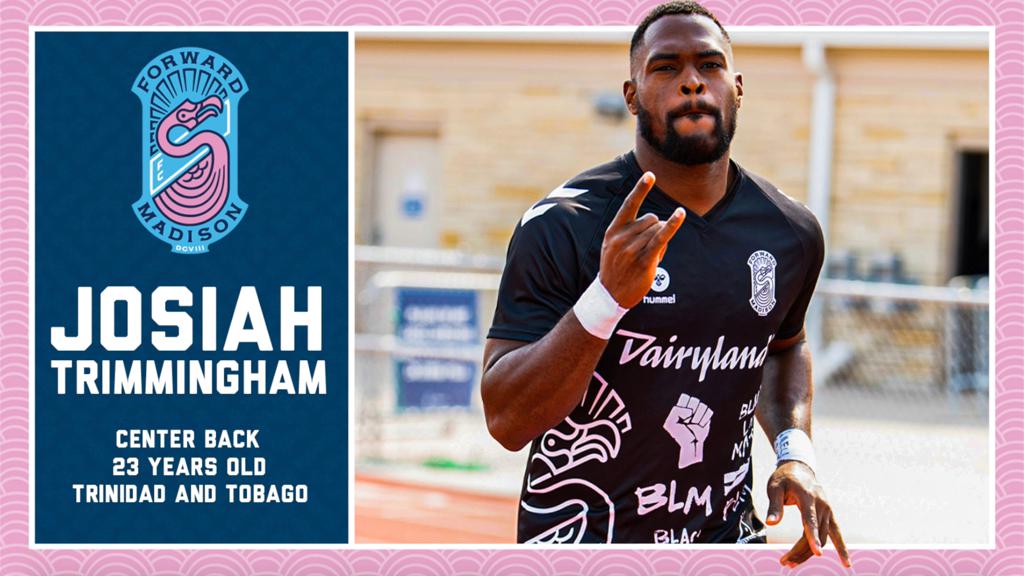