Forward Madison FC has re-signed 20-year-old striker Noah Fuson for the 2021 season, the club announced Friday. Fuson, who joined FMFC midway through the 2020 season, became the Flamingos’ “super sub,” making 10 appearances off the bench and scoring one goal.

According to Fuson, his decision was motivated by his desire to improve upon a promising rookie campaign.

“Last year I was welcomed with open arms and I learned a lot about myself and the professional game,” Fuson said. “I think coming into next season that, with all the tools I acquired from last year, I’ll be able to help the team even more.”

Fuson initially signed for Forward Madison in August, inking his first professional contract. Once with the team, he made a significant impact, playing in all 12 of the Flamingos’ remaining matches. Fuson claimed his first goal during the final game of the season, slipping behind the defense against New England Revolution II to score from close range.

“You don’t know how many shots I took during practice, just waiting for that opportunity to put one into the back of the net,” Fuson said. “When I finally did it, it was just the best feeling - one that I’m going to be chasing forever.”

Fuson grew up in Los Angeles, but moved to the i2i Soccer Academy in England after high school to focus on starting a professional career. Prior to signing with the Flamingos, Fuson had earned trials with Sacramento Republic FC and Loudon United FC of the USL Championship.

For Fuson, whose speed and agility provided a constant threat to defenders last season, his ambition will continue to rise going into 2021.

“I want to score 20 goals next season,” Fuson said. “It’s a really high standard, but I always think, ‘Why put a cap on what I can do? Why set my goals low?’ I want to do everything I can to help the team win games and get to that final game that matters.” 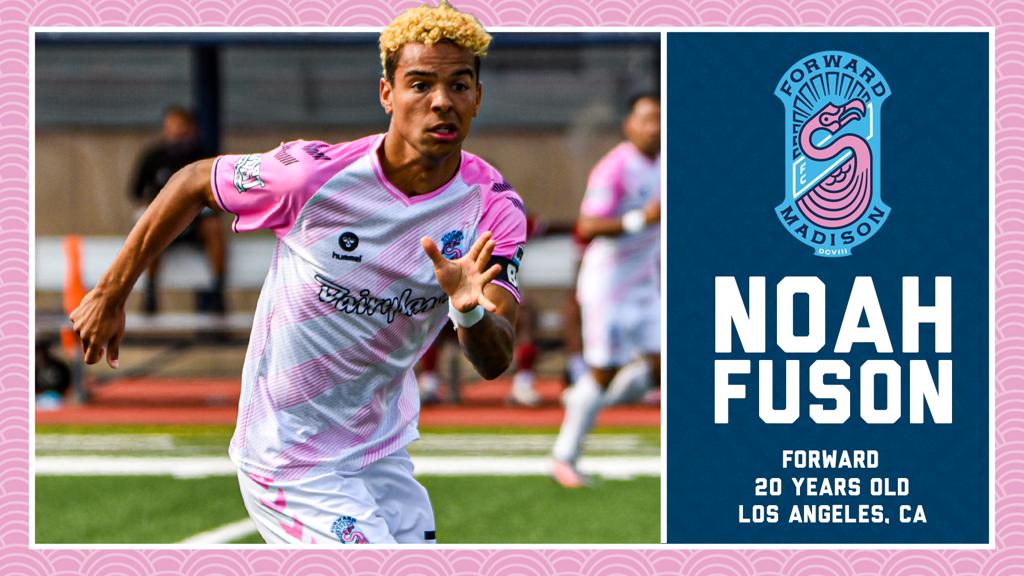