Forward Madison FC has re-signed midfielder Michael Vang, ensuring the team’s leading goalscorer from 2020 for will play a part in next year’s campaign. Vang, 20, provided the Flamingos’ creative spark in his debut season, earning team MVP honors in a fan vote.

“It feels great knowing that the club believes in what I can do and bring to the team,” Vang said. “Giving me the opportunity to come back and play for Madison again, I’m grateful for that.”

Vang broke out in his debut season with the Flamingos, earning a regular starting spot in midfield. Despite missing the first three games due to paperwork issues, he led the team with four goals and added two assists.

According to Vang, Forward Madison’s strong supporters’ culture makes it a club he can be proud to represent.

“The way the fans showed support at the games, screaming your name, wanting autographs and pictures with you, you can see how much support Madison has,” he said.

Vang grew up in Saint Paul, Minn. and played in the U.S. Soccer Development Academy at Shattuck-Saint Mary’s boarding school, earning call-ups along the way to U.S. youth national teams. In 2018, Vang decided to forgo college to start his soccer career in Europe. Vang signed for S.U. 1º Dezembro, a third-division club in Portugal, and after spending a year with their U-19s, was promoted to the first team in 2019.

Now, after impressing in his first year with the Flamingos, Vang said he wants 2020 to be remembered as the start of something bigger.

“Last year was just letting everything out and showing the coaches, my teammates, everyone, how I play,” Vang said. “I can’t wait to come back and win a championship for Madison.” 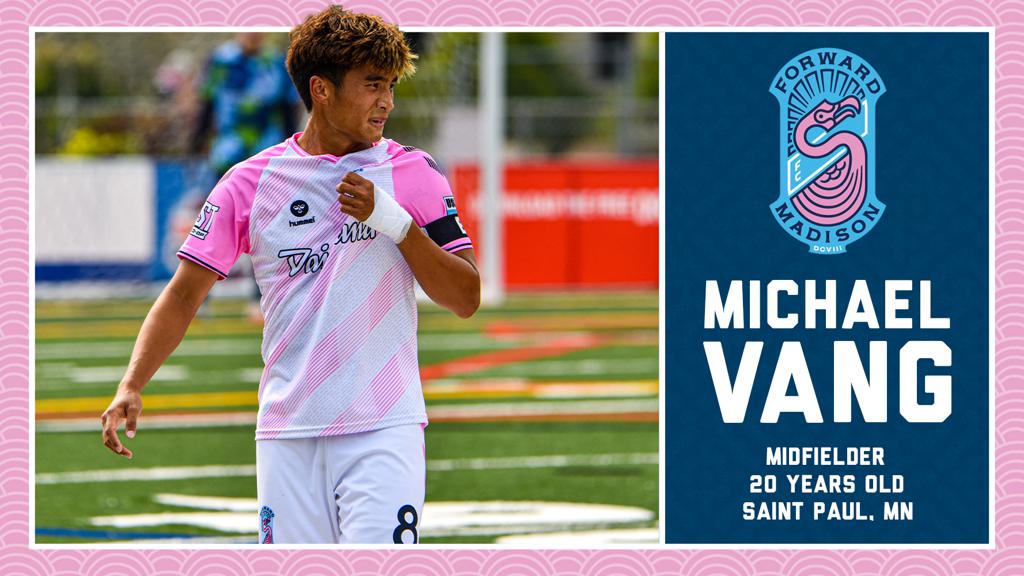