Forward Madison FC has re-signed 22-year-old defender Gustavo Fernandes for the 2021 season, the club announced Friday. Fernandes, a rookie in 2020, often served as the Flamingos’ “Swiss Army Knife,' filling in at an array of different positions as needed.

“Anytime the coaches needed me to go somewhere, I would do it, no questions asked,” Fernandes said. ‘It was an amazing first year, regardless of everything going on. I wouldn’t have traded it for anything.”

Fernandes played in 11 of 16 games for Forward Madison in 2020, earning cameos as a center back, fullback and holding midfielder. His most memorable moment came during an Oct. 11 game against Union Omaha, when Fernandes preserved a draw by heading a shot off the goal line in stoppage time.

“That was pretty cool because I had just come into the game five minutes before,” Fernandes said. “They told me, ‘Try to make an impact. Try to change the game.’ And I think that’s what I did.”

Fernandes, who grew up in West Babylon, N.Y., comes from a soccer family. His father had a 10-year pro career in Brazil, while his older brother, Leo, plays for the Tampa Bay Rowdies in the USL Championship. Prior to joining the Flamingos, Fernandes anchored the defense for Stony Brook University, spending offseasons with the Ocean City Nor’easters and Tampa Bay Rowdies U23s of USL League Two.

After a strong start in his first year as a pro, though, Fernandes said he’s ready to take the next step.

“I want to become a more consistent player, become more of a voice in the locker room,” he said. “ I really want to give something to the Madison fans. I want to play in front of them and give all I can for them.”

Fernandes’ signing will be confirmed pending league and federation approval. 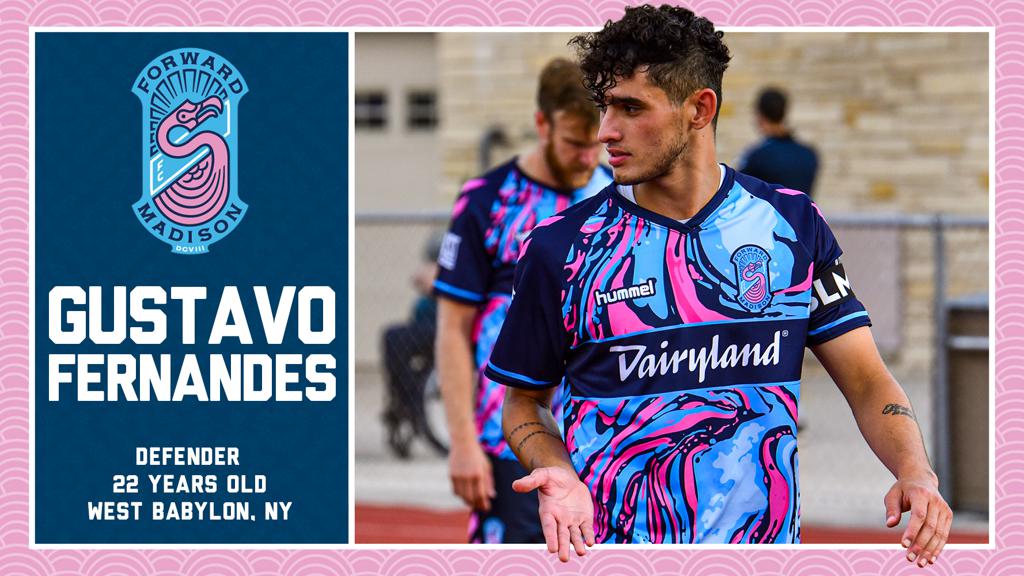