New name beat out over 200 fan submissions in online contest 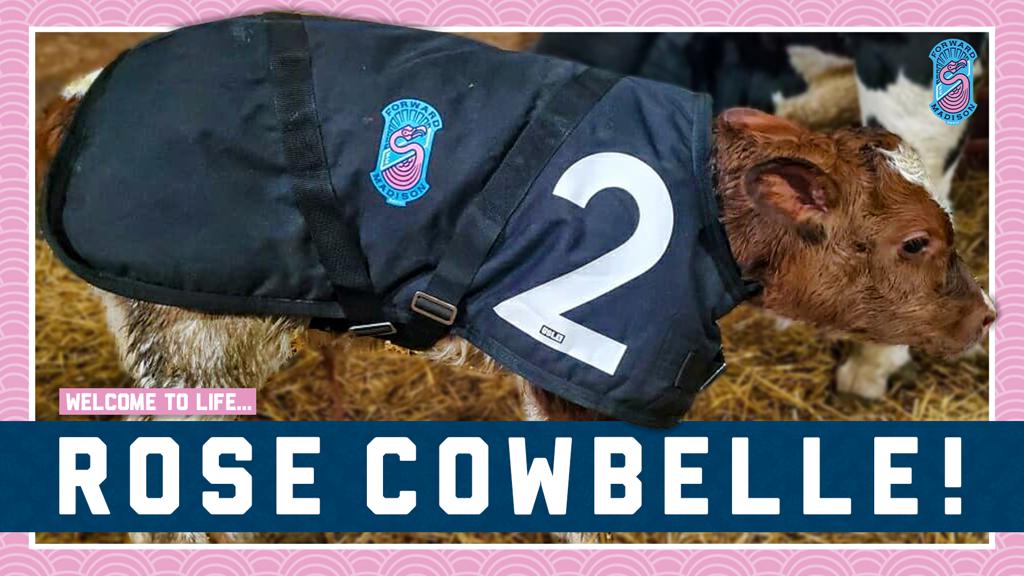 Forward Madison FC has raised the steaks ahead of its 2021 season by giving a name to its new baby cow: Rose Cowbelle. Rose, born January 5 to loving mother Lionela Bessi, was said to be udder-ly delighted with the choice.

The Rose Cowbelle name, which was submitted in a fan contest by Joshua Firestone of Denver, beat out finalist Concacalf in a dairy close vote - 893 votes to 700. Her namesteak, former UW-Madison soccer star Rose Lavelle, helped beef up the U.S. Women’s National Team’s attack during their FIFA World Cup triumph in 2019.

According to Forward Madison COO & Owner Conor Caloia, Rose can help steer the club in a positive direction in 2021.

“It may sound cheesy, but it’s great that Forward Madison can provide some levity after such a difficult year,” Caloia said. “Moo-ving forward, we expect Rosie and Bessi to attend our home games when it is safe to do so again. As a Wisconsin team, we are proud to pay homage to our state’s dairy industry.”

When not at Forward matches, Rose Cowbelle will live year-round at Havens Petting Farm in Blue Mounds, where she will be well taken care of by employees who have devoted their lives to the love of animals.