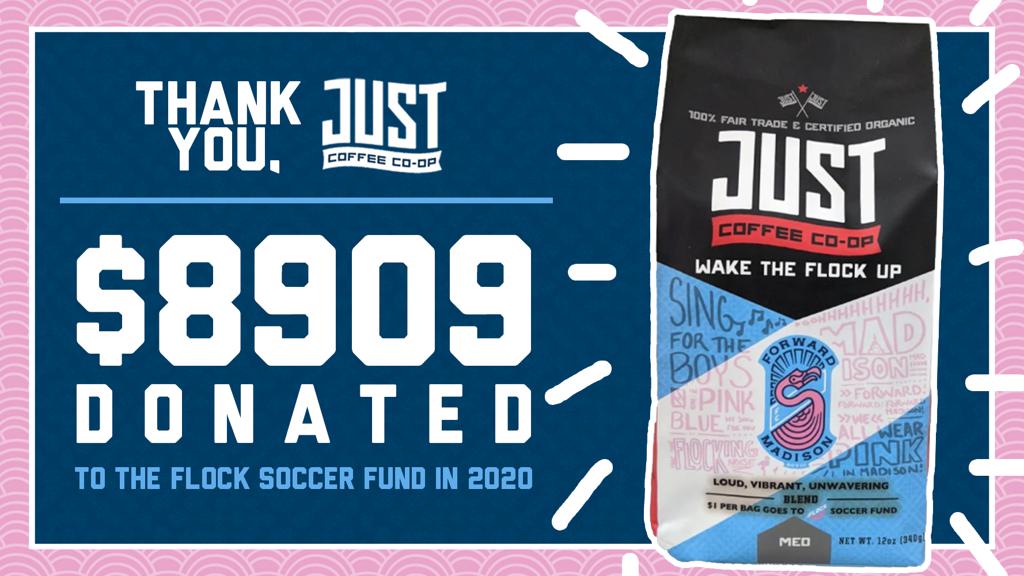 Just Coffee Cooperative raised 8909 dollars for the Flock Soccer Fund in 2020 through sales of its Forward Madison-themed roast, the team announced Monday.

The Flamingos announced a partnership with the local coffee maker in 2019 and released Wake The Flock Up together in December of that year.

Just Coffee donated $1 from each 12-ounce bag, $2 from each 2-pound bag and $5 from each 5-pound bag to The Flock Soccer Fund, a charity run by Forward Madison’s supporters that helps give underserved communities the opportunity to play soccer.