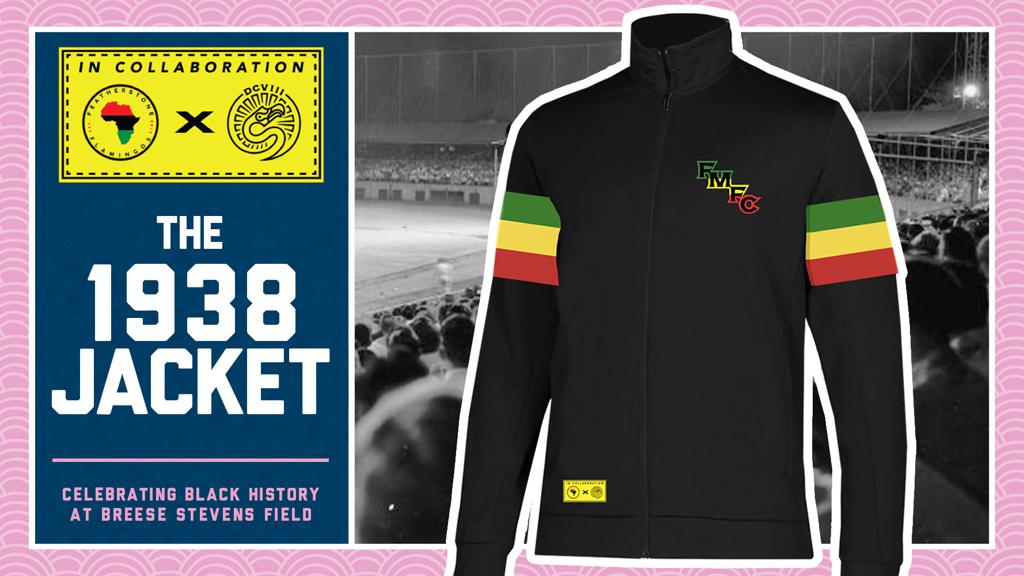 Forward Madison FC has teamed up with the Featherstone Flamingos, an inclusive supporters’ group of the club that celebrates Black culture, to release a Jesse Owens-inspired track jacket in honor of Black History Month. The club will donate 100 percent of proceeds from the jacket, which commemorates several races Owens ran at Breese Stevens Field in 1938, to YWCA Madison.

Featherstone Flamingos co-president Chris Fox, who designed the jacket, said he wanted to create a piece that could showcase a lesser-known part of Madison’s Black history.

“Our city of Madison has a Black community that I feel is overshadowed very often,” Fox said. “It’s very important that the African-American community in Madison knows that things like the Jesse Owens exhibition did happen here. I think that’s a very cool and pivotal moment in Madison’s athletic history that a lot of people don’t know about.”

“We are honored to be working with the Featherstone Flamingos to celebrate the Black History at Breese Stevens Field,” Caloia said. “We are proud we can work together to benefit YWCA Madison in their mission to eliminate racism and empower women.”