Forward Madison to play home opener on May 15

Flamingos will kick off season at FC Tucson on May 8, host North Carolina FC one week later 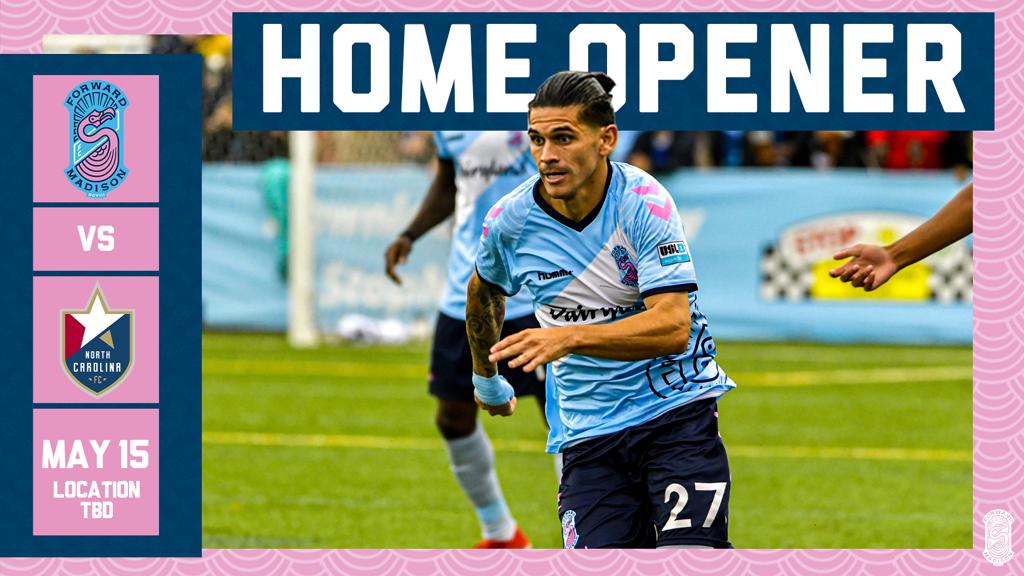 Forward Madison FC will kick off its home slate of USL League One games on May 15 against North Carolina FC, the club announced Tuesday. The Flamingos will not decide a home location for the 2021 season until they learn more about potential capacities for the 2021 season.

“We are hopeful we will return to Breese Stevens Field for the 2021 Forward Madison season,” Owner & COO Conor Caloia said. “However, the current health orders allow for a maximum capacity of 500 fans, which does not create a viable business situation to return to Breese. Therefore, no decision on a stadium location for 2021 will be made until the next health orders go into effect on April 7.”

USL League One announced earlier this year that its teams will play a 28-game season with a flexible start date, allowing some matches to kick off as early as April 10. Forward Madison will not play its first game until May 8, when it travels to Arizona to take on FC Tucson.