Flamingos will compete in 28-game slate from May to October, aiming to make six-team playoffs 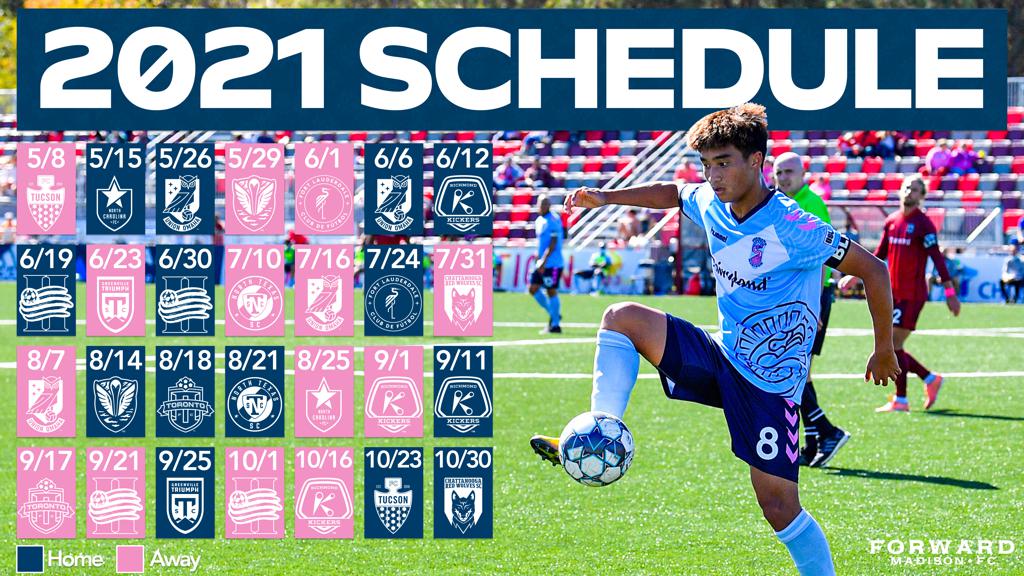 Forward Madison FC announced today its full schedule for the 2021 USL League One season, which will see the Flamingos play 28 games from May to October for a place in the six-team League One Playoffs in November.

The new regular season slate lines Forward Madison up against all 11 other League One teams at home and away, with the remaining six matches providing extra two-game sets against New England Revolution II, Richmond Kickers and Union Omaha.

USL League One will kick off with a staggered start date, so while some teams will begin as early as April 10, the Flamingos will open their season on May 8 at FC Tucson. Forward Madison’s home schedule, which gets going May 15, features 10 games on Saturdays, three on Wednesdays, and one on a Sunday. Every home game but one - the Sunday match on June 6 - will kick off at 7 p.m.

“We are hopeful we will return to Breese Stevens Field for the 2021 Forward Madison season,” Caloia said last week. “However, the current health orders allow for a maximum capacity of 500 fans, which does not create a viable business situation to return to Breese. Therefore, no decision on a stadium location for 2021 will be made until the next health orders go into effect on April 7.”

Forward Madison’s full 2021 USL League One schedule is as follows:

Click the links below to import our schedule onto your calendar!