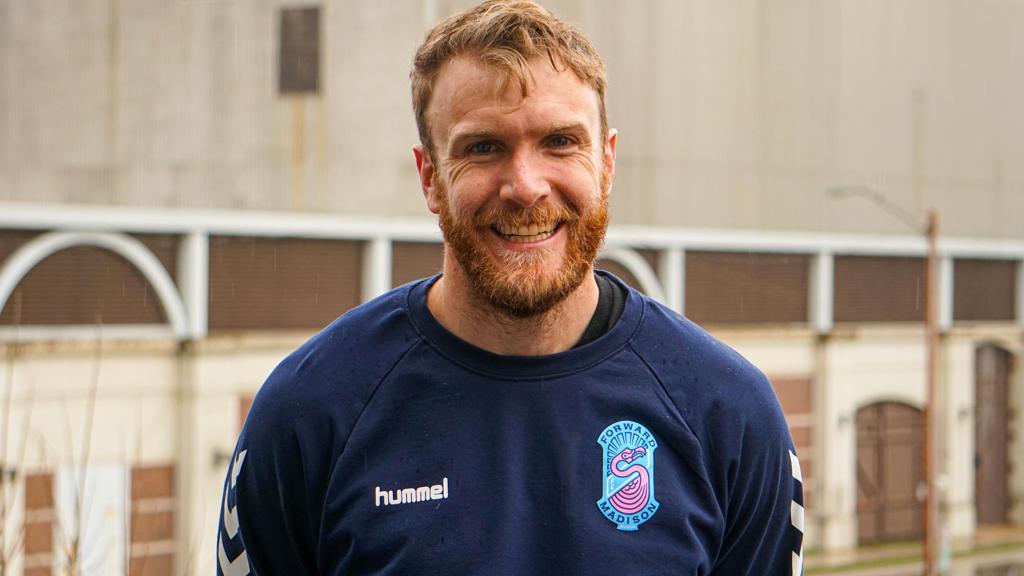 Forward Madison defender Connor Tobin will take on a new role in 2021, serving as the team’s Community Engagement Manager. Tobin, who on Wednesday officially signed on for his third year as a member of the Flamingos’ playing roster, will now also lead the club’s initiatives in connecting to the Madison community.

For Tobin, who has endeared himself to fans just as much for his actions off the field as those on it, playing a new position will allow him to further Forward Madison’s connection to its city.

“One of my initial attractions of coming to Madison was the idea of growing community, and it’s been fascinating to be at the club and see that happen,” Tobin said. “We want to be one of the pillars of the community. We want to think about growing this club in a way that’s sustainable and enduring. I want to find the people, businesses and organizations that are doing great things, and to be able to approach them and say, ‘We see you and we want to support you.’”

According to Forward Madison COO & Owner Conor Caloia, Tobin’s new role reflects the Flamingos’ dedication and investment towards connecting the club to its city.

“We want our players to take an active role and be a positive influence in the community. Connor Tobin embodies this,” Caloia said. “The community around this Club is what has made this Club what it is. Having Connor in this role will allow us to be even more active in the community and work with the Flock and others to have an impact on the greater Madison community.”

In a playing career that has spanned well over a decade, Tobin has become known for his willingness to give back to supporters. In Minnesota, fans labeled him “a hero”; in North Carolina, he created his own charity event; in Madison, he formed Mingos Worldwide, an organization that connects Forward fans across the globe.

As he takes on his new role, Tobin said he wants to start by reaching out. Forward Madison has set up a community feedback form at the bottom of this article for individuals to contact Tobin.

“As far as initiatives go, the first one is connecting with people and listening to what they have to say,” Tobin said. “At the end of the day, soccer is a vehicle to enhance people’s lives. If we’re not doing this to make the world a better place, then we have to find something else to do.”

Fill out my online form.