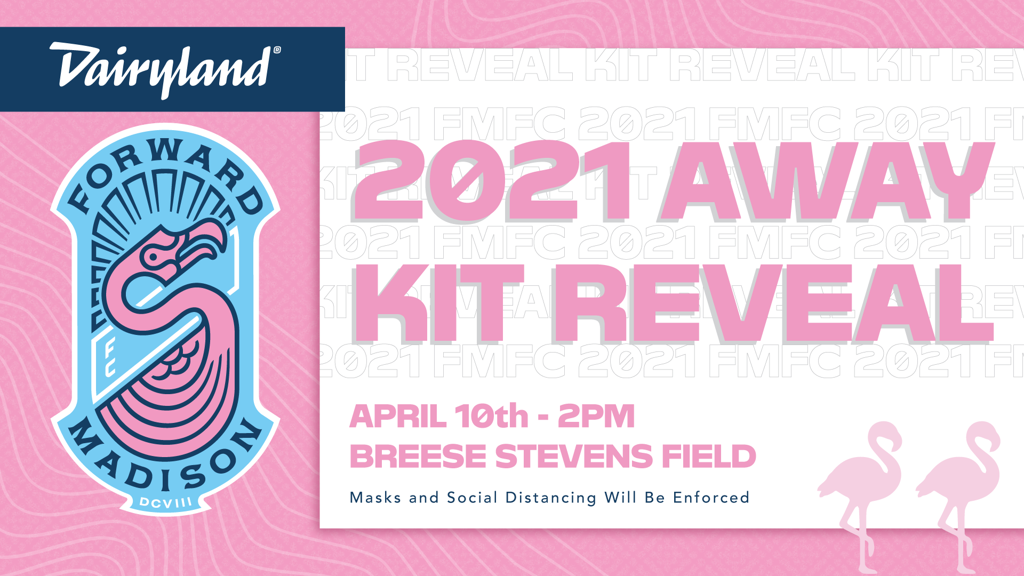 Forward Madison FC will reveal its new away jersey on April 10 during a public event at Breese Stevens Field, the team announced Wednesday. Under current health guidelines, the stadium can hold up to 500 guests as long as attendees are socially distanced and wearing masks.

The event, which will take place starting at 2 p.m., will feature the Flamingos’ first new jersey of 2021. For the second year in a row, the away kit will be designed by Forward Madison’s independent supporters’ group, The Flock, and five dollars from each sale will benefit the Flock Soccer Fund.

Another highlight of the event will be an appearance by new head coach Carl Craig, along with several members of Forward Madison’s roster, who will speak to attendees from a distance.