Forward Madison games to continue on ESPN+ in 2021 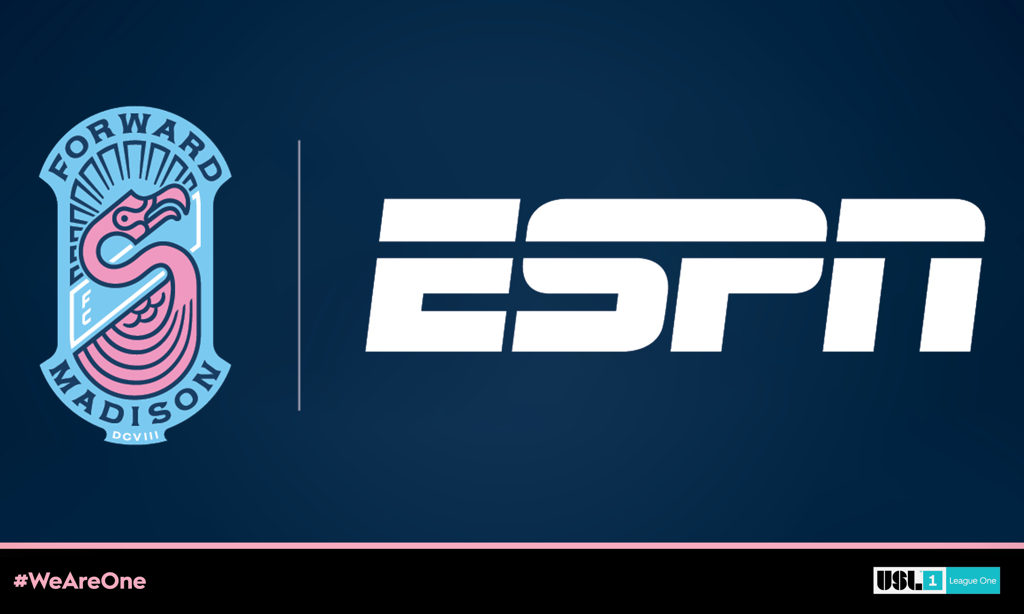 Forward Madison games will continue to air on ESPN+ during the 2021 season, allowing fans to keep up with the Flamingos all season long. USL League One agreed to a three-year deal with ESPN in 2019, meaning matches will remain on the network through 2022.

This year's broadcast schedule notably features the first USL League One game to be aired on national television, a matchup between Greenville and Omaha on May 16.

“This is the biggest and brightest platform we’ve ever had for our league,” said USL Executive Vice President Court Jeske. “It’s a special thing for our league to be able to showcase our clubs and cities across the USL Championship and League One on ESPN’s networks in addition to streaming an incredible schedule on ESPN+.”

Forward Madison's 2021 USL League One season will kick off on May 8 at FC Tucson.