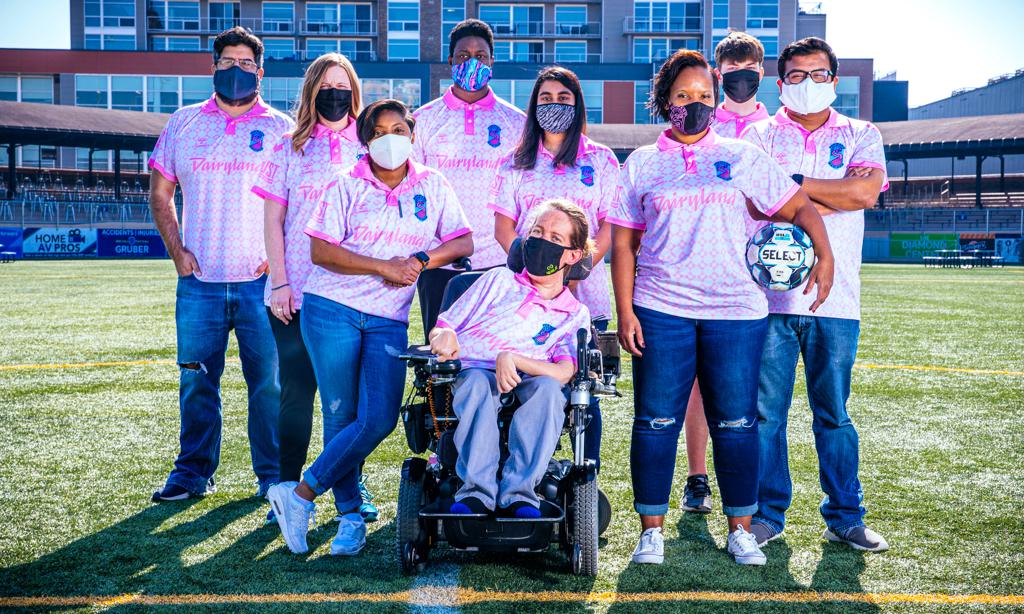 Get the 2021 Forward Madison FC away kit here!

Forward Madison FC will carry the spirit of its supporters on the road this year thanks to a new fan-designed away jersey the team unveiled Saturday. The 2021 away kit, created by FMFC’s independent supporters’ association The Flock, features a pink-and-white pattern emblazoned with symbols of the Wisconsin capitol building.

As part of the reveal, Forward Madison also announced that five dollars from the sale of every jersey will go to the Flock Soccer Fund, which benefits local soccer-related organizations and charities.

According to Flock president Andrew Schmidt, who helped create the kit, the design process involved focus groups made up of supporters representing all areas of the Forward fanbase.

“We want people to be proud to wear this shirt,” Schmidt said. “We have a diverse supporters’ culture with groups that represent different people groups and different causes. They are the beating heart of this club. Their opinions and their voices matter.”

The primary pattern of the new jersey centers around a pointed pink rotunda, meant to recall the shape of the capitol building on Madison’s city flag. Letter-forms cut into the shape spell out “F-M-F-C,” a reference to the club’s initials.

The new shirt also features a fold-over pink collar, a first for Flamingo kits. As with all of Forward Madison's jerseys, this one features the logo of Dairyland Insurance on the front and Just Coffee Cooperative on the sleeve.

Forward Madison’s new away jersey is now available for purchase on the team’s web store.