Flamingos travel to Indianapolis for game against USL Championship opposition 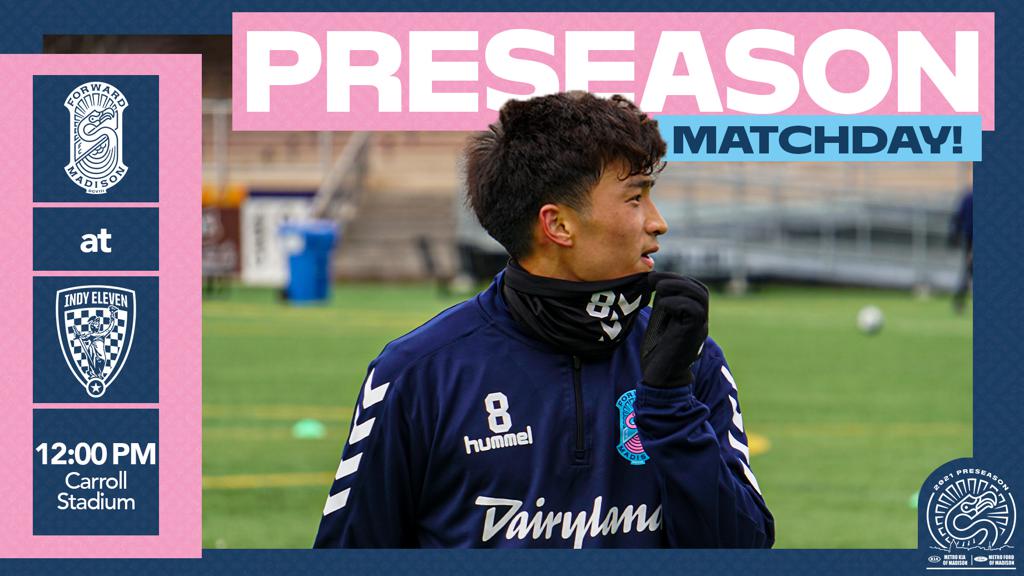 Forward Madison will travel south for its first official preseason game of 2021 on Saturday, taking on Indy Eleven at 12:00 p.m. CT. The Eleven, who compete in the USL Championship, are set to provide the Flamingos' new-look roster a true test from a capable team.

FMFC faced an early challenge last week when it fell 0-2 to the Chicago Fire of Major League Soccer, using a mix of rostered players and trialists. The makeup of Saturday's team will be similar as Forward continues to fill out its full squad.

Indy Eleven, co-founded in 2014 by former Forward Madison president Peter Wilt, has made a name as one of the powerhouses of lower-league soccer in recent seasons. The Boys in Blue made the USL Championship playoff semifinal in 2019, but just missed postseason qualification during a pandemic-shortened 2020.

Forward Madison and Indy Eleven have met once before in preseason, with Zaire Bartley scoring the decisive goal for the Flamingos in a 1-0 win in 2019.

Following Saturday's match, Forward Madison will travel to play Sporting Kansas City II on April 24 before closing out its preseason schedule at home on May 1 against Milwaukee Bavarians SC. The Flamingos kick off their third USL League One season on May 8 at FC Tucson.