Flamingos fall 3-0 in tune-up with USL Championship side 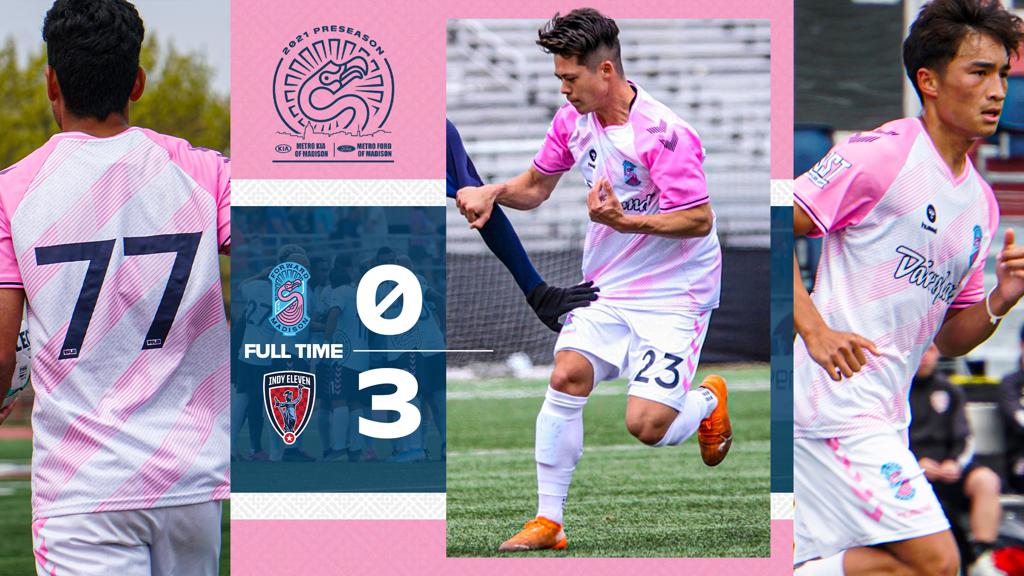 The goals may not have bloomed yet for Forward Madison this spring, but for new head coach Carl Craig said he saw signs of progress in the Flamingos' 0-3 preseason defeat to Indy Eleven on Saturday.

"We were streets ahead of where we were in Chicago [last week]," Craig said. "I thought we looked like a football team today, and with a bit of better quality in attack, we could have been comfortably in at the half a couple of goals ahead."

Forward Madison's first half starters featured nine rostered players and included the preseason debut of Michael Vang, who has returned from the Chicago Fire's training camp. Vang came close to putting Forward on the board in the 42nd minute with a low shot from the top of the penalty area that Indy Eleven goalkeeper Jordan Farr dived to keep out.

"If you can have such things as moral victories, then in the first half we had a moral victory," Craig said. "The way things came together, I was quite pleased with.

Craig changed his lineup in the second half, bringing on a number of trialists to gel with rostered players. Indy Eleven, which has already played several preseason games, took full advantage, posting three goals by the 70th minute. Indy's Nick Moon, Manuel Arteaga and Jordan Hamilton all added their names on the scoresheet.

While the result may not have gone the Flamingos' way, Craig emphasized that preseason games are about more than the scoreline.

"I'm very, very pleased with where we're at right now, but there's still a long way to go," he said.

Following Saturday's match, Forward Madison will travel to play Sporting Kansas City II on April 24 before closing out its preseason schedule at home on May 1 against Milwaukee Bavarians SC. The Flamingos kick off their third USL League One season on May 8 at FC Tucson.

"We were streets ahead of where we were in Chicago. I thought we looked like a football team today."

We got Coach Craig's post-game thoughts following our preseason match this afternoon in Indy: pic.twitter.com/jeuhWPcpve