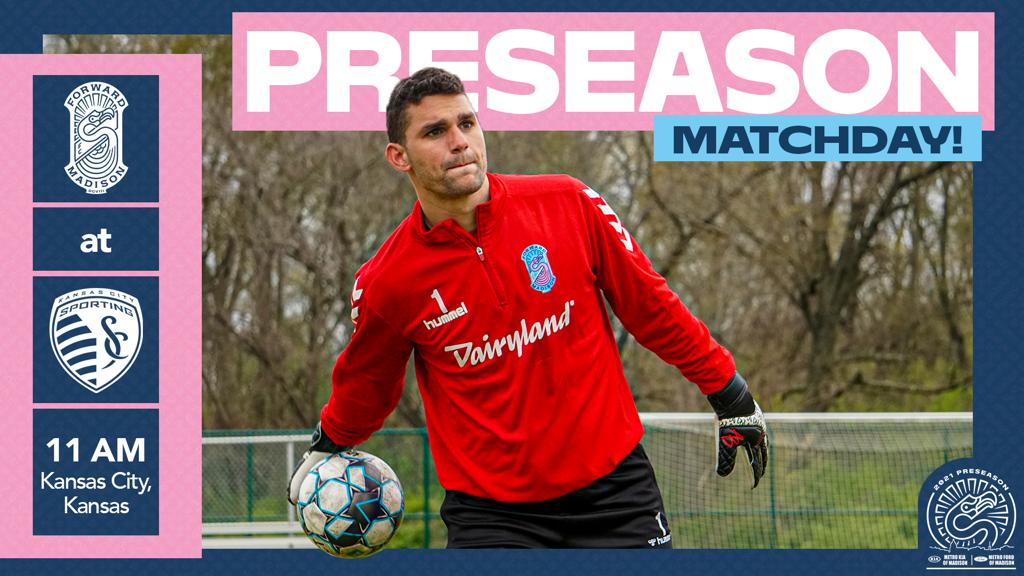 Forward Madison's preseason tour continues on Saturday, April 24 with an away game against Sporting Kansas City Reserves at 11 a.m. CT. With its USL League One opener just two weeks away, Carl Craig's squad will be looking to fine-tune its preparations for the season.

In playing Sporting KC Reserves, the Flamingos are set to face a mix of Sporting Kansas City's MLS and USL Championship players. Sporting's MLS team finished first in the Western Conference in 2020, while its USL Championship team failed to qualify for the playoffs.

As Forward Madison prepares to head into Saturday's game, it will once again field a combination of rostered players and trialists. The Flamingos now have 16 signed players, with several more set to come on board before the season gets underway.

Following Saturday's match, Forward Madison will return home to close out its preseason schedule at Breese Stevens Field on May 1 against Milwaukee Bavarians SC. The Flamingos kick off their third USL League One season on May 8 at FC Tucson.