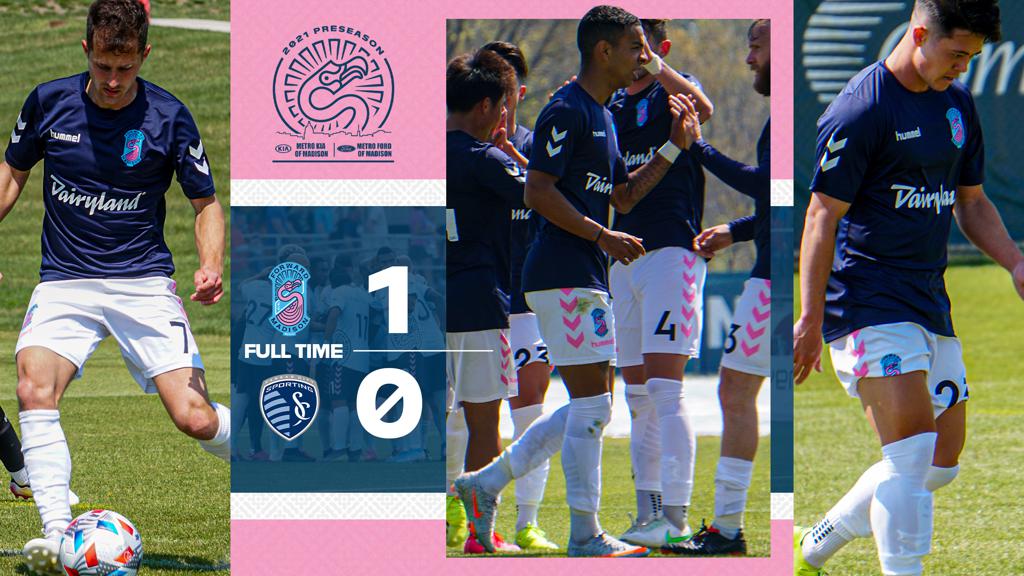 Forward Madison's preseason took a step in the right direction Saturday, with the Flamingos claiming a 1-0 win over Sporting Kansas City Reserves. Midfielder Michael Vang scored the game's only goal, slotting home from close range in the 40th minute.

According to head coach Carl Craig, his team's result came in large part thanks to its success in imposing itself on the game during the first half.

"Regardless of it being a friendly, football games are there to be won," Craig said. "We showed the right attitude to win it."

Craig started the game with a lineup that included nine rostered players and two trialists. The Flamingos came close on several attempts in the early stages, with Noah Fuson missing over the bar in the 22nd minute and seeing a close-range shot blocked in the 39th minute.

The breakthrough finally came courtesy of Vang in the 40th minute. Striker Jake Keegan started the play at the top of the 18-yard box, springing Fuson into space with a through ball onto the left flank. Fuson took a low show that Kansas City's goalkeeper pushed away, but Vang ran through at the far post to push home the rebound.

Vang excelled for the Flamingos in 2020, leading the team in goals and earning the team's Dairyland MVP award.

Craig made several changes during the second half, bringing multiple trialists into the game. Kansas City took the initiative, but the 'Mingo defense held strong against repeated attacks.

Even against the run of play, Forward Madison still created several second-half chances, with Heath Martin in particular forcing a clearance off the line in the 77th minute.

Following Saturday's win, Forward Madison will return home to Breese Stevens Field for its preseason finale on May 1 against Milwaukee Bavarians SC. The Flamingos kick off their third USL League One season on May 8 at FC Tucson.