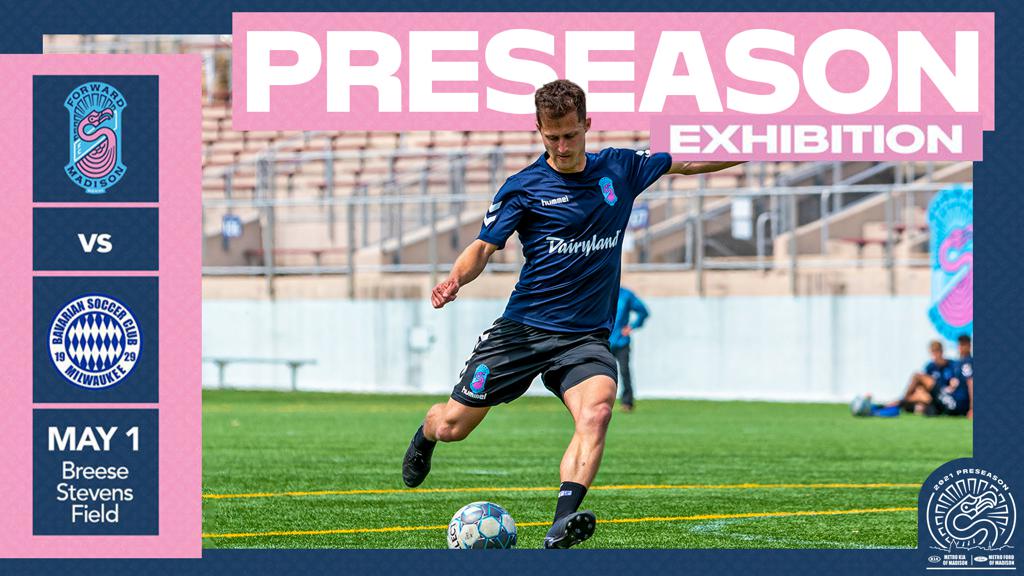 Forward Madison FC will conclude its preseason on Saturday, May 1 with a game at Breese Stevens Field against fellow Wisconsin club Milwaukee Bavarians SC. Kickoff is at 11 a.m. CT.

The Flamingos are preparing for Saturday’s match after having claimed its first preseason victory last week against Sporting KC Reserves. The winning goal came courtesy of Michael Vang, who tucked home the rebound after Noah Fuson’s shot was parried away in the 40th minute. As Forward Madison finalizes its 2021 squad, the team will continue to feature a combination of roster players and trialists.

This will be the first time that Forward Madison has played a game at Breese Stevens Field since March 2020, and fans will be welcomed back at a limited capacity. Tickets are currently on sale in four-person pods at $50 per pod ($12.50 per person).

Following this weekend’s match, Forward Madison will begin its third USL League One season with a game at FC Tucson on Saturday, May 8.