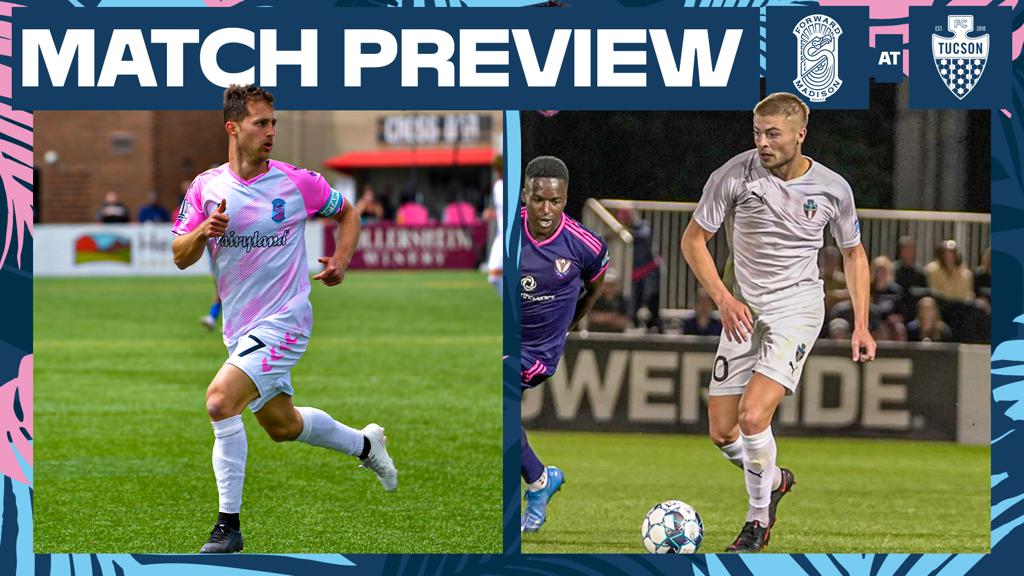 RSVP to the Watch Party here!

Forward Madison will look to begin its third USL League One season with a win this Saturday against FC Tucson at Kino North Stadium in Tucson, AZ. Kickoff is set for 9 p.m. CT.

The Flamingos finished seventh in USL League One last season while playing at Hart Park in Wauwatosa. In the 2021 preseason, Forward Madison went 2-2-0, wrapping up their schedule with a 4-0 victory against the Milwaukee Bavarians last weekend at Breese Stevens Field.

Forward Madison will have 11 new players and eight returners from the 2020 season on its opening day roster. Of the eight returners, four players have been with Forward Madison since its inaugural campaign (Christian Diaz, Jiro Barriga Toyama, Eric Leonard and Connor Tobin). Saturday’s game against FC Tucson will also mark the first official match for head coach Carl Craig, who arrived this offseason as the Flamingos’ second-ever manager.

Speaking in a recent Wisconsin State Journal feature, Craig said he wants his team to be assertive on the field this season.

“We’ve got to get out there and make stuff happen as best we can,” Craig said.

By re-configuring the team’s forward line with newcomers Tyler Allen, Jake Keegan and Derek Gebhard, Craig hopes to elevate the team’s offense and increase the amount of goals scored. Keegan, who spoke in the same article, may draw on his title-winning experience with Greenville Triumph from 2020 to help the team win first and foremost.

“I think we have the pieces to be good going forward,” Keegan said. “But as a player and even as a striker my goal is to score one more goal than the opposition. So if we win every game 1-0, the job’s done.”

Even though the Flamingos are away, fans can still show support by attending the watch party at Breese Stevens Field. Gates will open for the event at 8:30 p.m.

After this weekend, the Flamingos will have its home opener against North Carolina F.C. on Saturday May, 15. Kickoff is set for 7 p.m. CT.