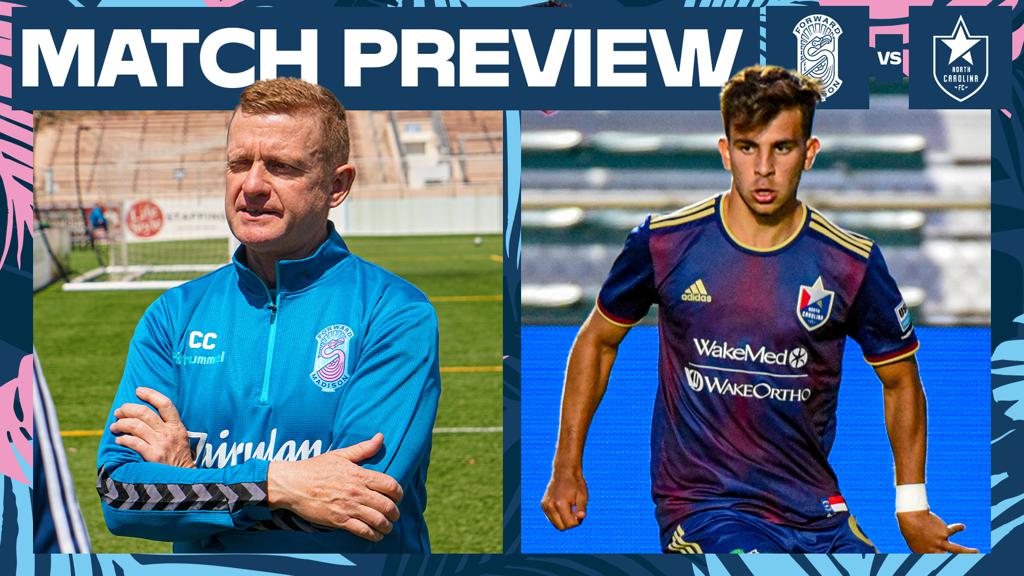 Forward Madison FC will host its first regular season game at Breese Stevens Field in 601 days this Saturday, facing off against USL League One newcomers North Carolina FC. Gates will open at 6 p.m. CT and kickoff is set for 7 p.m. CT.

The Flamingos are currently ninth in the USL League One after drawing their opening match 1-1 against FC Tucson last week. The game was off to a fairly even start until Deri Corfe of FC Tucson scored the opening goal in the 51st minute, but new signing and co-captain Jake Keegan evened out the match for the Flamingos with his goal in the 67th minute.

Going into Saturday’s match, head coach Carl Craig said he is hoping for the offense to create more goal-scoring opportunities.

“I thought we were a little trigger happy and I think we need to show a little bit more patience,” Craig said. “That will allow us to get more players up the field so we can create better opportunities, rather than get up to the penalty area and blaze away.”

The Flamingos have not played a home match at Breese since September 22, 2019, which Craig said has contributed to a sense of anticipation amongst the team.

“There’s obvious excitement, but it's kind of calm, which is good,” Craig said. “I think there’s genuine, positive anticipation because a number of us in part came here for the atmosphere that this community builds in this football stadium.”

Saturday’s matchup will mark the first time these two teams have ever played against each other, as well as a reunion of sorts for defender Connor Tobin, who played for NCFC from 2014-18. North Carolina FC is new to USL League One this year after dropping down from the USL Championship, where it had played sinc 2018.

The Flamingos will be back at Breese following Saturday’s game, with a matchup against Union Omaha set for Wednesday, May 26.