Jiro Barriga Toyama, Derek Gebhard named to League One Team of the Week 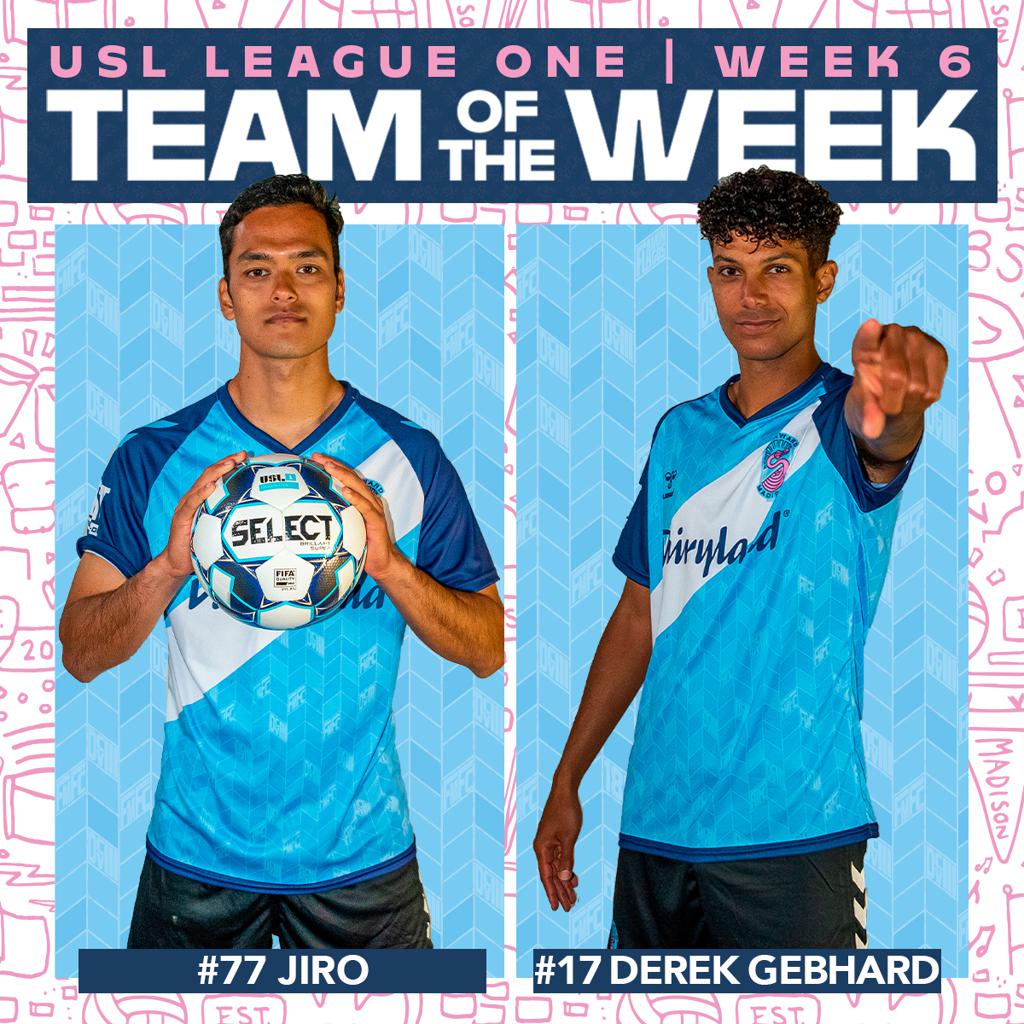 Forward Madison defender Jiro Barriga Toyama and winger Derek Gebhard have been named to the USL League One Team of the Week for matchday six, the league announced Monday.

Barriga Toyama was everywhere up-and-down the left flank for Madison on Saturday night. He played a role in the Flamingos’ clean sheet with four duels won and four interceptions, while getting forward to create two chances and passing at an 85 percent success rate.

Gebhard was the hero of Forward Madison’s return to Breese Stevens Field, scoring a dramatic game-winning goal in the 92nd minute. Before that, he won the most duels of any player in the match with 10, and drew four fouls.

Forward Madison is #BackAtBreese in 2021! Get tickets here to the Flamingos' next home match on Wednesday, May 26 against Union Omaha.