Game Preview: Battle of the birds! 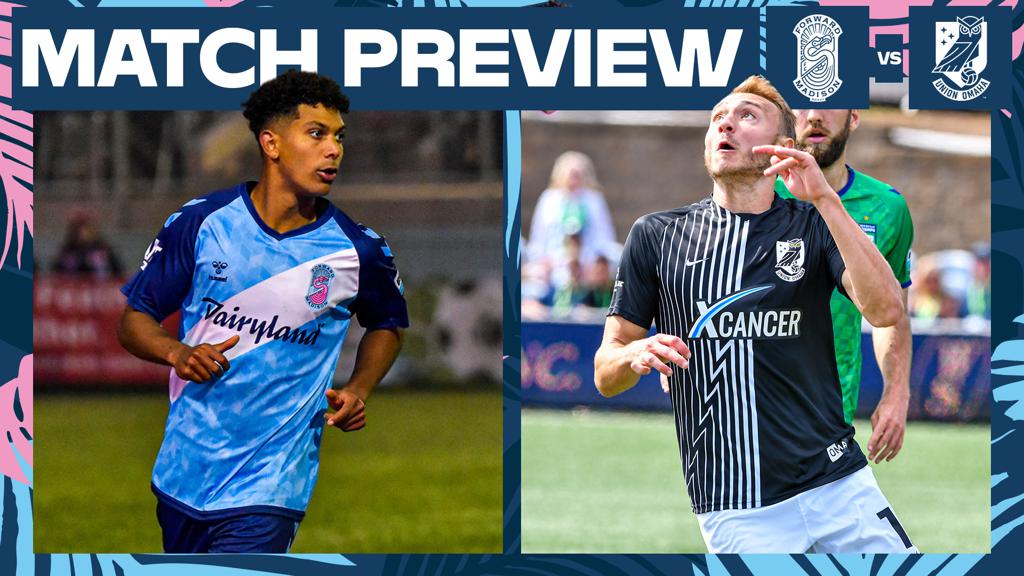 Forward Madison FC is back at Breese Stevens Field on Wednesday, May 26 for a game against Union Omaha that figures to match up two teams with USL League One title aspirations. Gates will open at 6 p.m. and kickoff is set for 7 p.m.

Neither the Flamingos nor the Owls have lost a game yet this year, meaning FMFC head coach Carl Craig will have to have his team at its best to take all three points. Craig said he plans to keep focusing on a strong attack in order to break down a stingy Omaha defense.

“We’ve had an awful lot of the ball and an awful lot of possession in the opponent's half, but we haven’t done enough with it,” Craig said. “We’ve got to find ways to be more dangerous with having more of the ball and having more of the shots. We’ve got to get more shots on target. I think a lot of our averages will be with us if we get more on target.”

Forward Madison is coming off a memorable home opener last Saturday, with Craig’s team earning a last-second 1-0 victory against North Carolina FC. It looked like the game would end in a draw until Derek Gebhard scored the winning goal in the 92nd minute by tapping in Jake Keegan's deflected pass, claiming the Flamingos’ first victory of the season.

Forward’s opponent, Union Omaha, is setting a momentous tone to the start of its sophomore season. After finishing second in the USL League One regular season table the previous year, the Owls have started off strong in 2021, holding a 3-0-1 record. Greg Hurst and Evan Conway have set the pace for Omaha’s fast start, scoring  two goals each thus far.

Last season, Forward Madison and Union Omaha drew both of their matchups (1-1 in Omaha and 0-0 in Wauwatosa), and this Wednesday marks the first time the two teams face off in 2021.

Midfielder Eric Leonard, who has been with the Flamingos for all three of the team’s seasons, was the only Forward Madison player to score against Union Omaha in 2020. Leonard stayed on the bench last Saturday after suffering an injury in FMFC’s season opener, but has been involved in training in the lead-up to the Omaha match.

“One of the things I think we’re building on is that we’re even more dangerous off of set pieces,” said Leonard, whose goal against the Owls in 2020 came off a free kick. “We know that Omaha is a good team, but if we can continue to exploit situations off our set pieces like you saw in the game last weekend and even in our first game, we can have a lot of chances. It’s now about getting into the final third of those set pieces and finishing.”

Following Wednesday’s match, the Flamingos will hit the road for away games against South Georgia Tormenta FC on Saturday, May 29, and Fort Lauderdale CF on Tuesday, June 1.