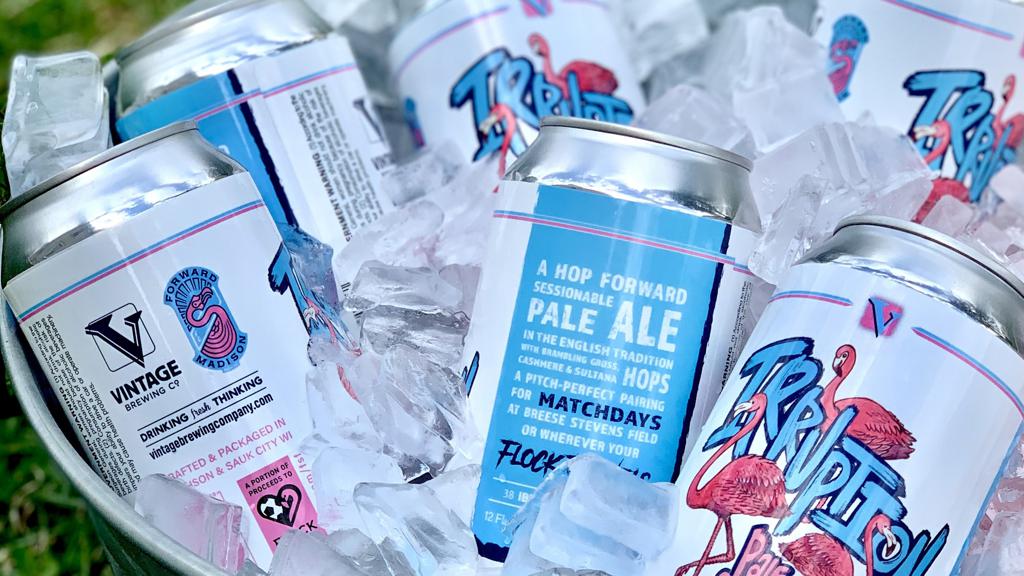 Forward Madison FC has added four new menu items that will be served at every home game for the duration of the 2021 season. According to Executive Chef, Tristan Straub, the team is using this new menu as a way to spice up the traditional “stadium style” offerings while also taking into account the feedback given from fans in a roundtable at the end of the 2019 season.

“After looking around at what some other soccer cultures are drawn to, we decided to bring some of those things to the 'Mingo fans at Breese," Straub said. "We are adding currywurst to our game menus as a nod to our friends in the German soccer culture; instant noodles with Tajin, lime, and Cholula as a tip-of-the-cap to the thriving Mexican soccer culture; a Tonkatsu-style taco, merging Hispanic and Japanese cultures in homage to the crowd favorite Jiro Barriga Toyama; and finally, a Nashville hot-style pulled pork sandwich with buttermilk ranch and bread & butter pickles on a sea salt and black pepper roll."

In addition to these new concessions items, Straub also mentioned that the team will be  re-launching two Forward-branded beverage items.

“The two Forward Madison items available this season will be Irruption Pale Ale - from our friends across the Avenue at Vintage Brewing - as well as 375mL cans of the deliciously refreshing Chateau Mingeau from Wollersheim Winery,” Straub said.

Forward Madison will operate the Wisco Mingo stand, the Taco Stand, the Festival Foods Grill, and the Sassy Cow Ice Cream Stand at the start of the season, with the hope to open its remaining stands over the course of the year.