Game Preview: On the road again! 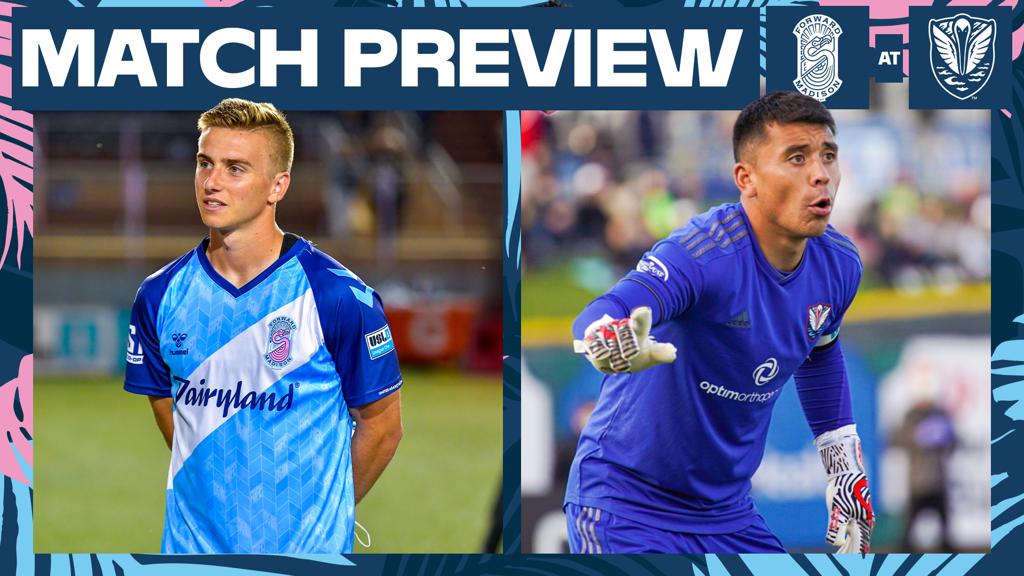 Forward Madison FC is on the road this weekend, playing its first of two consecutive away games on Saturday, May 29 against South Georgia Tormenta FC. Kickoff is at 6 p.m. CT.

The Flamingos are off to their best start to a season in team history, with seven points, no losses, and a sixth place USL League One standing. Their great record was solidified on Wednesday night as Forward Madison struck down Union Omaha 1-0 at Breese Stevens Field. Midfielder Justin Sukow had a memorable first professional start, scoring the winning goal in the 58th minute.

“I was really happy to score, but the most important thing is that we got three points,” Sukow said. “We’ll try to take that momentum going into the next two games.”

Even as Forward Madison sees early signs of success on the field, head coach Carl Craig noted that Saturday’s game will provide a chance for more “high quality football” to be played.

“The performances are getting better each week, but there’s still an awful long way to go,” Craig said. “I think each week we keep putting layers on it. We go up a bit, we drop a little bit, but that speaks to the newness not only of this season, but to us as a football team. “

Saturday’s match against South Georgia Tormenta FC is the first of  two away games for the Flamingos before they face off against Fort Lauderdale CF on Tuesday. Tormenta are currently on a three-game losing streak after suffering a 1-0 defeat to Greenville Triumph last Saturday. South Georgia currently sits in 11th place in USL League One.

One player to watch could be Tormenta’s goalkeeper, Pablo Jara, who earned Player of the Match honors last Saturday with his four saves against Greenville and made history as the first USL League One player with 50 League One regular season appearances.

Coach Craig noted that despite the team’s current standing, their play style can still  pose a threat to the Flamingos.

“I think their style is quite similar to ours,” Craig said. “They like to move the ball, they like the shorter passes and they play sort of a pop-pop style of football. While they don’t necessarily have the W’s, they’ve been very competitive and I think they’ll give us a good game”

An added element to Saturday’s match comes in the form of a small group of away supporters, led by David Magness of the “FlorMingos”, who are travelling to the game.

‘We talk about why we do this, we do this because we love playing, but we do this for the crowds as well,” Craig said. “To have people come all that way and watch is tremendous. It shows what this club means to people in the community.”

Forward Madison holds the upper hand in the all-time record against South Georgia Tormenta FC with two wins. In 2019 the Flamingos notched a 2-1 win on Tormenta’s home turf. Last season, Forward Madison scored a 4-0 victory in Wauwatosa, marking the team’s largest-ever margin of victory. Midfielder Michael Vang made his debut and scored first professional goal during that game, making him the only player on the current roster to have scored against the team.

After Saturday’s game, Forward Madison’s road trip will continue as the team heads to Florida for its game against Fort Lauderdale CF on Tuesday, June 1.