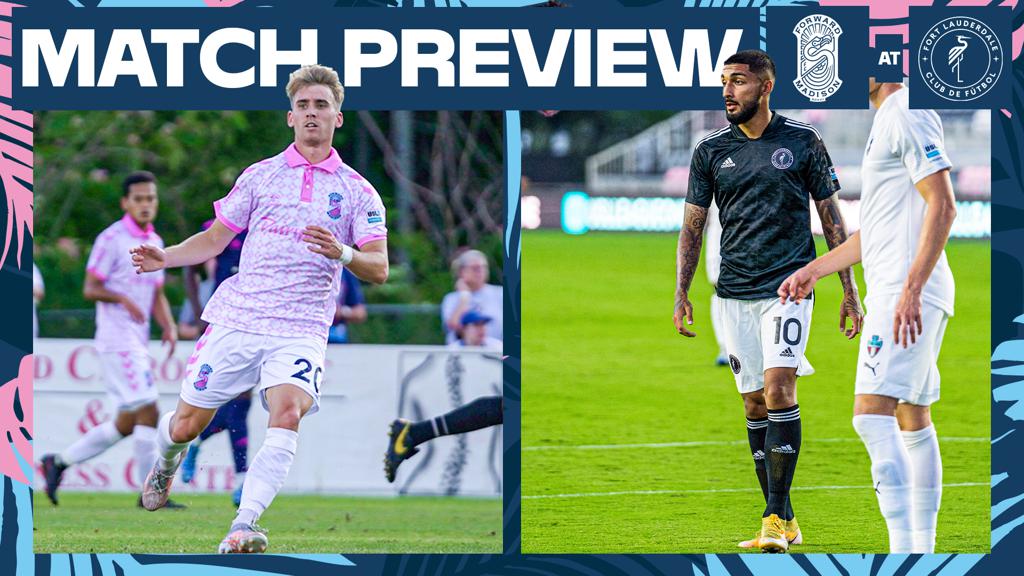 Forward Madison FC will face one of its biggest tests of the young 2021 season when it travels to Fort Lauderdale CF on Tuesday, the team’s third match in a grueling six-day stretch. The Flamingos are undefeated and have won their last three games, but Carl Craig’s thin squad won’t be able to take anything for granted against a young and hungry Fort Lauderdale team.

“It’s going to be really challenging given the two games prior and the challenge of going from one place to the next,” Craig said. “[The travel] is one of the biggest challenges in U.S. professional soccer. I think people come from Europe or South America and think, ‘Eh, it’s a little jaunt across the country,’ but this is major.”

Forward Madison is traveling from Statesboro, Ga., where it came from behind to beat South Georgia Tormenta FC 3-1 on Saturday. The Flamingos conceded in the first half but roared back in the second, using goals from Derek Gebhard, Connor Tobin and Jake Keegan to claim the team’s first road victory of the season.

Tobin’s performance, along with his defensive prowess during last Wednesday’s 1-0 win over Union Omaha, helped earn him USL League One’s Player of the Week award on Monday. Tobin joined Christian Diaz, Aaron Molloy and Justin Sukow in this week’s USL League One Team of the Week.

Diaz, who scored the tying goal against Fort Lauderdale in FMFC’s 2-2 comeback draw in Florida last year, said he is hoping the Flamingos can do one better this time around.

“They’re a really young team and have really quick, really good players,” Diaz said. “Right now we’re focusing more on ourselves. I think Carl wants us to keep doing what we’re working on. We’re doing a really good job on going forward, [now] we have to be better in the final third to finish some of those chances that we get.”

On the other side, Fort Lauderdale CF enters Tuesday’s game in fifth place, with nine points taken from eight matches played. Fort Lauderdale, which serves as MLS club Inter Miami’s second team, finished 10th in its inaugural season in 2020, second-to-last in front of only Orlando City B.

This year, the team’s early start (it has played more games than any other club in League One) means several players have had a chance to stand out, including forward Shaan Hundal, who is second in the league’s Golden Boot race with four goals.

Fort Lauderdale is currently on a two-game losing skid, having fallen 1-0 at New England Revolution II in the team’s previous match on Friday.

“With them tied to the MLS club, there will be bags and bags of enthusiasm and talent, and we cannot lose sight of that,” Craig said of Fort Lauderdale. “They’ve got all the riches, they’ve got what they need and they’ve got the desire of young players who are touching on MLS.”

Forward Madison currently sits second in the USL League One standings, and would move into a share of first place with a win.

Following Tuesday’s game, the Flamingos will have a chance to rest up before returning to Breese Stevens Field on Sunday for a match against Union Omaha.