Flamingos to welcome UW-Madison Men’s Soccer Team on Aug. 10 in ‘Battle for Madison’ 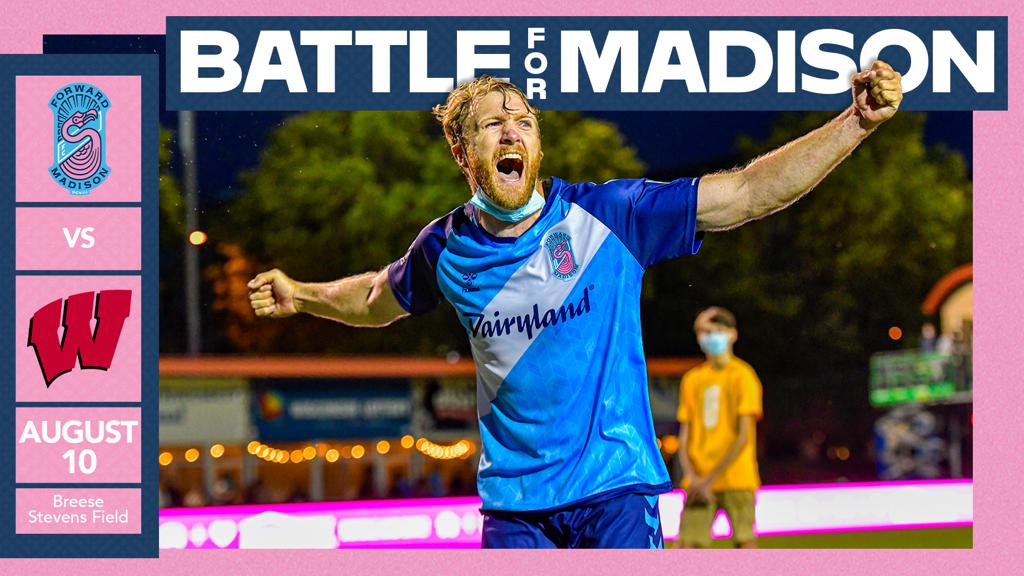 Forward Madison FC will host the UW-Madison Men’s Soccer team for a special exhibition game on Tuesday, August 10 at 7 p.m. at Breese Stevens Field. The ‘Battle for Madison,’ which is set to be the Flamingos’ first exhibition match since 2019, will give fans a chance to see their city’s professional club take on its collegiate counterpart.

Single-game tickets for the August exhibition game will go on sale Monday, June 7 at 10 a.m. on ForwardMadisonFC.com. Students will be able to receive a special discount for the game.

Season ticket holders will have the game automatically included in their 2021 packages, but can choose to opt out if they wish to do so.

Forward Madison’s matchups with UW-Madison are becoming an annual tradition. The teams first met in April of 2019, with the Flamingos winning 2-0 in their first-ever game at Breese Stevens Field. FMFC made the short trip to the McClimon Soccer Complex later that year for a scrimmage, coming home with a 2-1 victory.

The two teams were set to square off again in April of 2020, but the game was canceled due to health and safety concerns.

Forward Madison is off to a hot start in its third USL League One season and is currently undefeated through five matches, good enough for second place in the standings.

Get tickets to Forward Madison vs Wisconsin Badgers here!