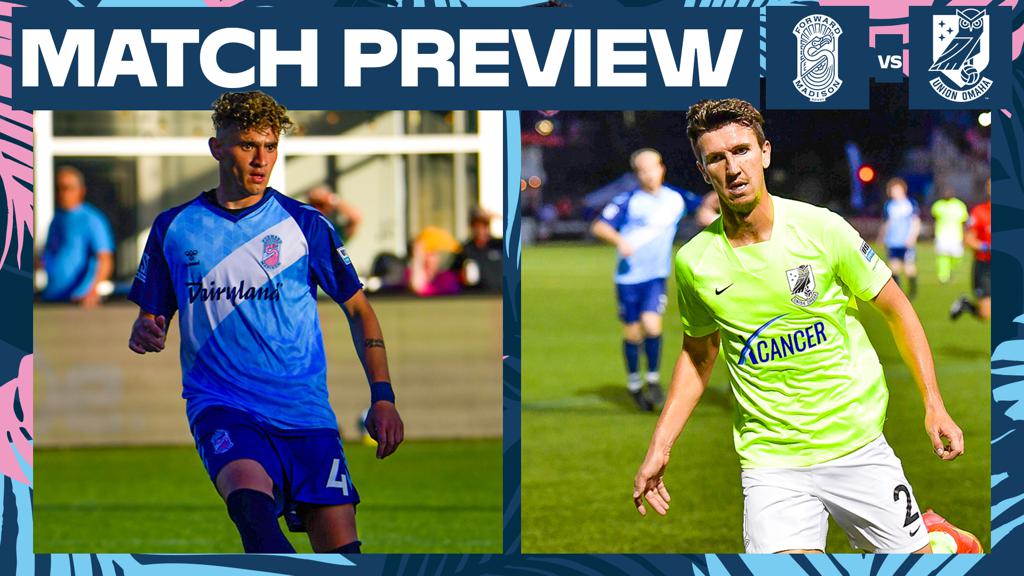 Forward Madison is going for a second win in two home games against Union Omaha on Sunday at a sold-out Breese Stevens Field. The Flamingos bested the Owls 1-0 on May 26, and will look to repeat the feat this weekend. Gates open at 4 p.m. and kickoff is at 5 p.m.

Forward Madison is off to its best start in team history with no losses, 11 points, and a second place standing in USL League One after five games. The Flamingos solidified their historic start on Tuesday, drawing 2-2 at Fort Lauderdale to finish off a grueling stretch of three games in six days. Forward Derek Gebhard came to the rescue with his equalizing goal in the 85th minute, making it the second time this season he scored a game-deciding goal in the final minutes.

Although Gebhard may have played the hero, he said his sole focus was to help his teammates get a result from a challenging spot.

“We were just a little frustrated because we didn’t really feel like [Fort Lauderdale] broke us down a ton,” Gebhard said. “When I came in, I was just trying to do everything I could to try and make something happen. We had great build up play, and then I was able to cut inside and have a shot that went in.”

According to co-captain, Connor Tobin, the team’s culture and locker room mentality has contributed to their exciting start. Still, Tobin was quick to note that Forward Madison has only played five games, and still needs more chances to develop their unique play style while finding areas to improve on.

Since the Flamingos’ 1-0 victory over Union Omaha on May 26 (Justin Sukow’s goal sealed their first defeat of the year), the Owls have dropped to third place in USL League One. Omaha’s most recent game came Wednesday, a 1-1 draw at Toronto FC II with Dalton Knuston, scoring the equalizing goal in the 73rd minute.

Having already played this team once this season, Tobin noted that the Flamingos know what to expect from Omaha’s competitive play style.

“We’re aware of what they do and we’re aware that they're a really good team,” Tobin said. “They're going to ask questions of us and we have to be prepared for that.”

Looking ahead to Sunday, Gebhard noted that the extra rest and first home game in over a week will help the team feel ready to earn an important three points.

“It was a long trip but we have three home games in a row now, so I think we’re pretty well rested,” Gebhard said. “We’re just looking forward to going against Omaha and getting the three points, because if we can get three points against them this game, it will be huge for us to boost us up the table.”

Following this Sunday’s game, Forward Madison will have a full week of rest before hosting the Richmond Kickers on Saturday, June 12, the first game at a near-full capacity Breese Stevens Field since 2019.