Carl Craig named USL League One Coach of the Month

New Forward Madison manager led Flamingos to three wins, one draw during hot start in May 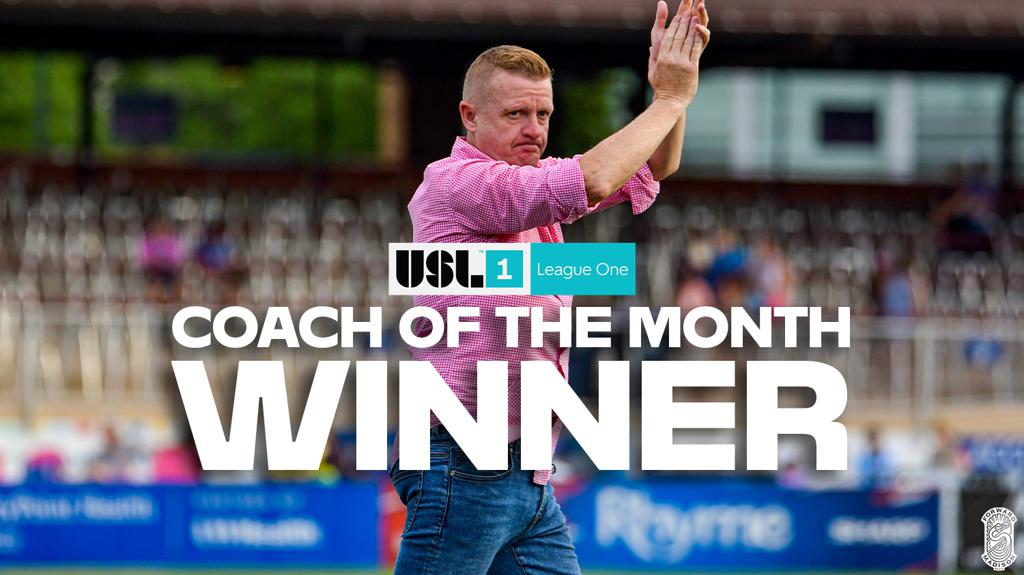 Forward Madison FC head coach Carl Craig has been named USL League One Coach of the Month, the team announced Wednesday. Craig, who is in his first year with the Flamingos, got off to a stellar start in May, winning three games and drawing one.

“They've put my name there, but I went in straight away and shook [assistant coach] Neil Hlavaty's hand,” Craig said. “This is a team thing. I'm just part of the team, and that might seem a little trite, but that's what we are here. We're a group, we're a team, and everyone has their piece to play."

Forward Madison’s 10 points through four games marked the best start the Flamingos have ever made to a season. After opening with a 1-1 stalemate at FC Tucson, Craig’s team rattled off three straight victories, including a memorable last-minute win over North Carolina FC in the club’s home opener on May 15.

“We set out a framework at the start and allowed the players to have input in terms of how we operate,” Craig said. “There's been honesty, and not Pollyanna-type honesty, but there's also an understanding that we're growing. There will be errors and we'll deal with them appropriately. It really is a collective effort.”

The Flamingos are back in action this Saturday, June 12 at Breese Stevens Field to take on the Richmond Kickers at 7 p.m.