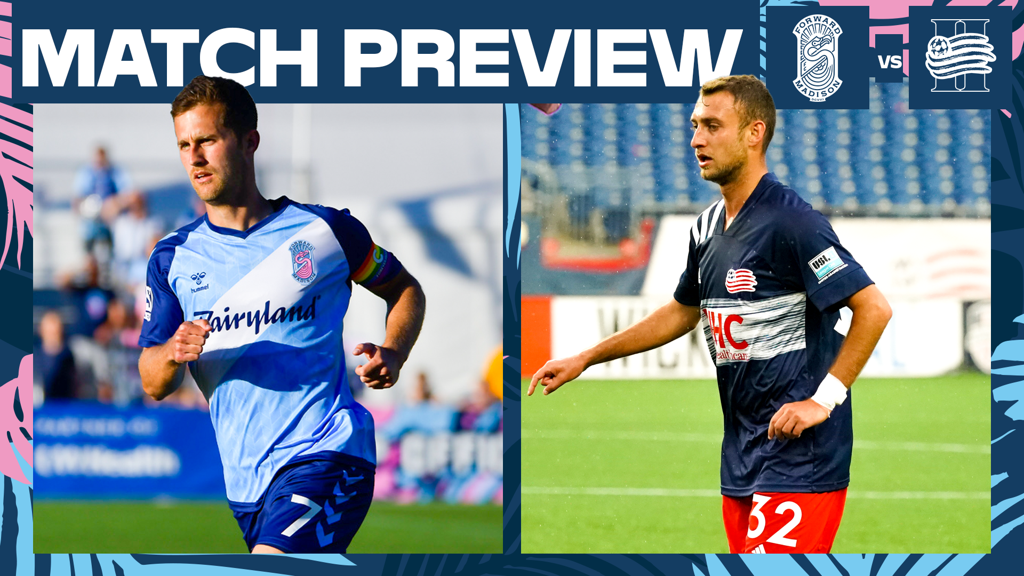 Forward Madison is fighting for its first victory in four games as the team prepares to take on New England Revolution II on Saturday at Breese Stevens Field. Gates open at 6 p.m. and kickoff is set for 7 p.m. CT

The Flamingos have fallen into a bit of a rut, with two draws and one loss over their last three games. In Forward Madison’s most recent match, the Flamingos ended the game with a scoreless draw against the Richmond Kickers, and have dropped to sixth place in USL League One standings.

Co-captain Jake Keegan noted that despite the peaks and valleys that come with a soccer season, the team needs to improve their execution in the attacking third.

“I think there have been games where we have created a lot of chances, but the last two games we have good possession, we get into the final third, and then it kind of breaks down,” Keegan said. “I think we’ve worked on that this week in terms of how to find and get in positions and find the openings and then hopefully, when we get the chances, we put them away.”

Beyond putting in work on the pitch, Keegan also added that the team is working together to boost their emotional confidence in time for Saturday.

“When you’re winning, everybody is flying and buzzing around the field,” Keegan said. “When you lose or maybe you’re not playing your best, it can be tough to bring that same energy. We just have to continue to be positive and try to bring out the best in each other. You have to give each other energy and give each other belief, and that’s what we’ve done this week.”

Going into Saturday, Forward Madison has good reason to feel that the odds are in their favor to pick up a crucial three points. New England Revolution II is on a two game losing streak and sits 10th in the USL League One after losing to Union Omaha last weekend. The Flamingos have won both the matches they’ve played against New England since the team was founded in 2020.

Head coach Carl Craig noted that the work that Forward Madison has put into practice this week will solidify the team’s ability to be a threatening force against New England.

“They’ve got a lot of good footballers on this side, I think their style is quite similar to ours and it should make for an attractive game of football,” Craig said. “Their organization creates slightly different problems for us, but I think if we start to enact the things we’ve been working on in training and put it into our game, we’ll be a much greater threat than we have been in the last couple of weeks.”

Craig also noted that new midfielder Christian Enriquez, who signed for the Flamingos on Friday, could have the chance to make an immediate impact on the team’s ability to move through the rigid walls they face in the attacking front.

“He’s very comfortable on the ball and he’s quite direct in his play,” Craig said. “If he’s on it and he’s got space he’ll run at opponents He can change direction pretty quickly, and the kid can shoot as well, he’s got some power in his finish.”

Following Saturday’s game, Forward Madison will pack up and go to South Carolina for an away game against the defending USL League One champions, Greenville Triumph, on Wednesday, June 23.