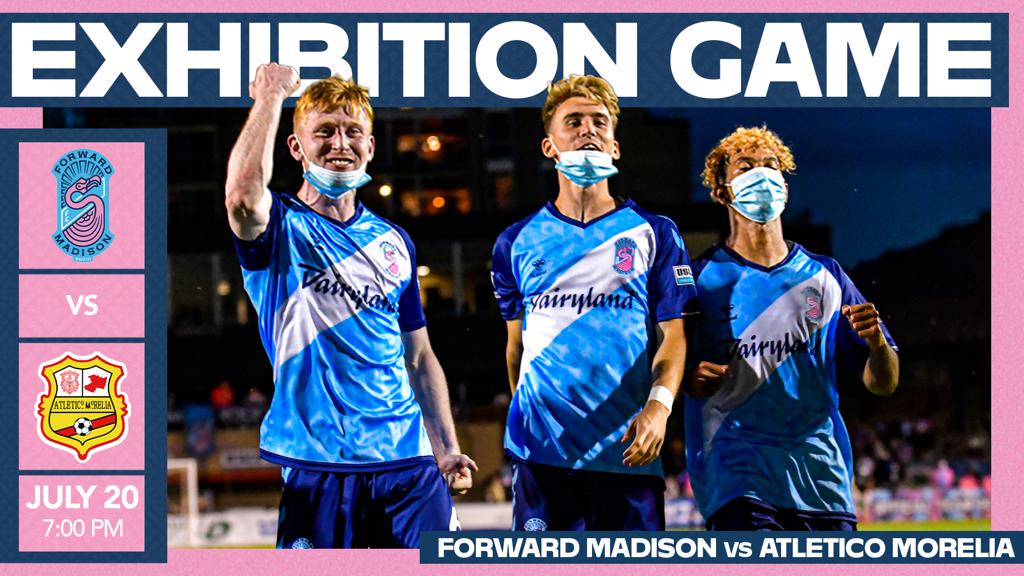 Forward Madison will host Mexican soccer team Atlético Morelia in an exhibition match on Tuesday, July 20, the team announced Tuesday. Morelia competes in the Liga de Expansión, Mexico’s second-highest level of soccer, and boasts a history that stretches back nearly a century.

According to Forward Madison COO Conor Caloia, the Flamingos’ exhibition with Morelia gives fans their first chance to see international soccer at Breese Stevens Field since 2019.

"Since 2019, we have made a commitment to our fans to bring international opponents to Breese Stevens Field," Caloia said. “While Covid-19 has made this more challenging than in previous years, we are extremely excited to be welcoming Atlético Morelia to Madison."

All other fans will be able to buy individual tickets starting Friday, June 25.

Atlético Morelia, formerly known as Monarcas Morelia, has a history that dates back to 1924. The team’s honors include a Liga MX title in 2000, a SuperLiga win in 2010, and a CopaMX victory in 2013. Most recently, Morelia finished runners-up in the grand final of the Liga de Expansión, the second division of Mexican soccer.

“We as an organization are excited to play Forward Madison FC and most importantly, honored to play in front of their amazing fans,” said José Luis Higuera, President of Club Atlético Morelia. “It will be the first time Morelia travels to Madison. Morelia has many fans in the United States and many Mexicans living in the USA are from the state of Michoacán. Moreover, they will be happy to see us and it will be a great experience; We are ready!”

Morelia is one of Mexico’s major cities, with a population of over 700,000. The team’s stadium, Estadio Morelos, holds nearly 40,000 fans, making it the eighth-largest in all of Mexico.

Forward Madison’s exhibition game with Atlético Morelia is scheduled to kick off at 7 p.m.