Jiro Barriga Toyama, Aaron Molloy named to League One Team of the Week

Two Flamingos earn honors after draw away to Greenville 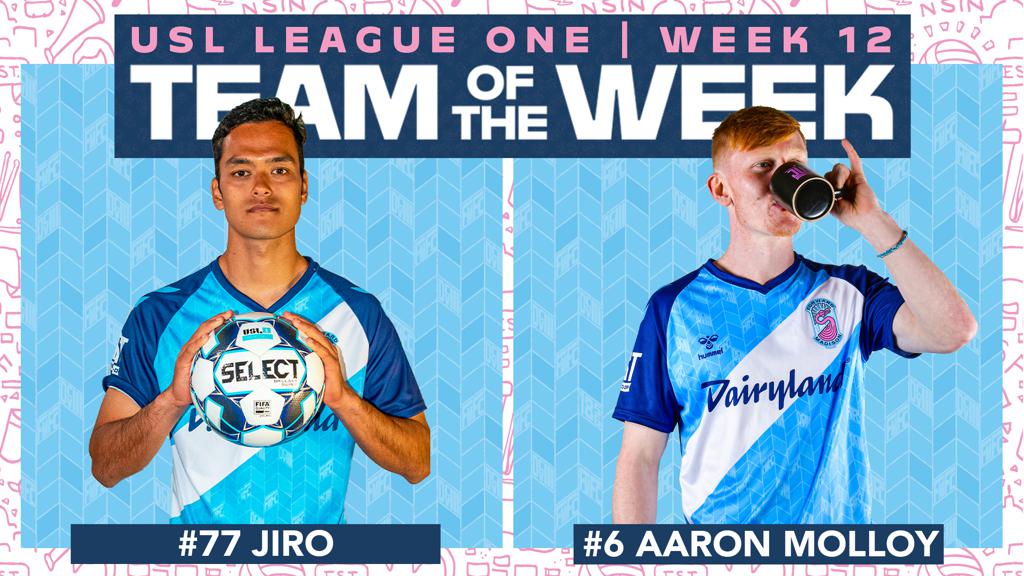 Forward Madison defender Jiro Barriga Toyama and midfielder Aaron Molloy have been named to the USL League One Team of the Week for Week 12, the league announced Monday.

Though Madison took home just one point from its trip to Greenville, Barriga Toyama put up a gaudy stat line for the Flamingos. His fantastic bit of skill earned Madison a penalty kick early in the match, and he put up big numbers in a variety of categories. His tallies of duels won (15), successful tackles (four), fouls drawn (three), and dribbles completed (three) were all game highs.

Molloy recorded both of Madison’s goals in its 2-2 draw with Greenville, the first from the penalty spot and the second with a thunderous first-time strike from the edge of the area. The Irishman also completed a game-high 57 passes at an 86 percent success rate.

The USL League One Team of the Week is presented by Cleer Audio.

Forward Madison is #BackAtBreese in 2021! Get tickets here to the Flamingos' next home match on Wednesday, June 30 against New England Revolution II.