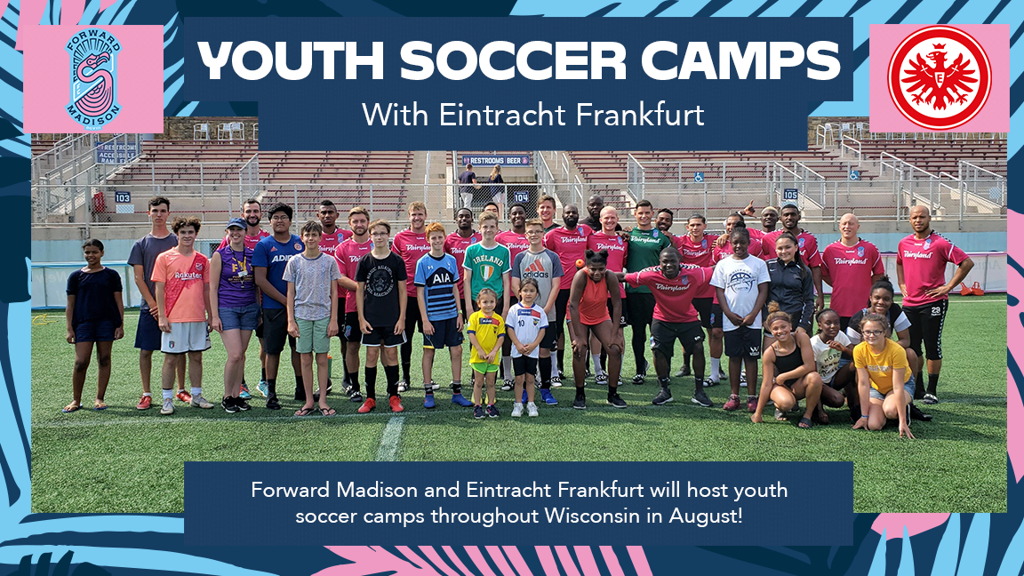 Forward Madison announced today that it will host several statewide youth camps this August as a part of its partnership with German Bundesliga club Eintracht Frankfurt.

The teams will host two week long camps in  Madison for age groups 10-13 and 14-18. Single day camps across the state of Wisconsin will be launched later this week. These camps will run August 2nd through 5th and August 9th through 12th. These camps serve as the latest part of a partnership between the two clubs. All camp participants will receive a complimentary ticket to the Forward Madison FC vs. UW- Madison friendly on Tuesday, August 10th at Breese Stevens Field. All participants will also receive a full Eintracht training kit including a training top, shorts and socks. These elite skills camps will cost $160 per participant.

The two teams announced an international partnership on Wednesday that included several initiatives throughout the state of Wisconsin. Earlier this year, the teams held virtual clinics for local soccer coaches led by staff at Eintracht. Forward Madison and Eintracht are also developing long-term plans together which could include more involvement with Wisconsin’s youth soccer scene.

“We feel incredibly grateful to be able to host these camps with a team as successful and storied as Eintracht,” Forward Madison COO & Owner Conor Caloia said. “As we attempt to grow the game of soccer here in Wisconsin, it’s important that kids be taught how to play the game the right way, and with Eintracht helping us lead these camps, we know the kids will be taught the right way.”