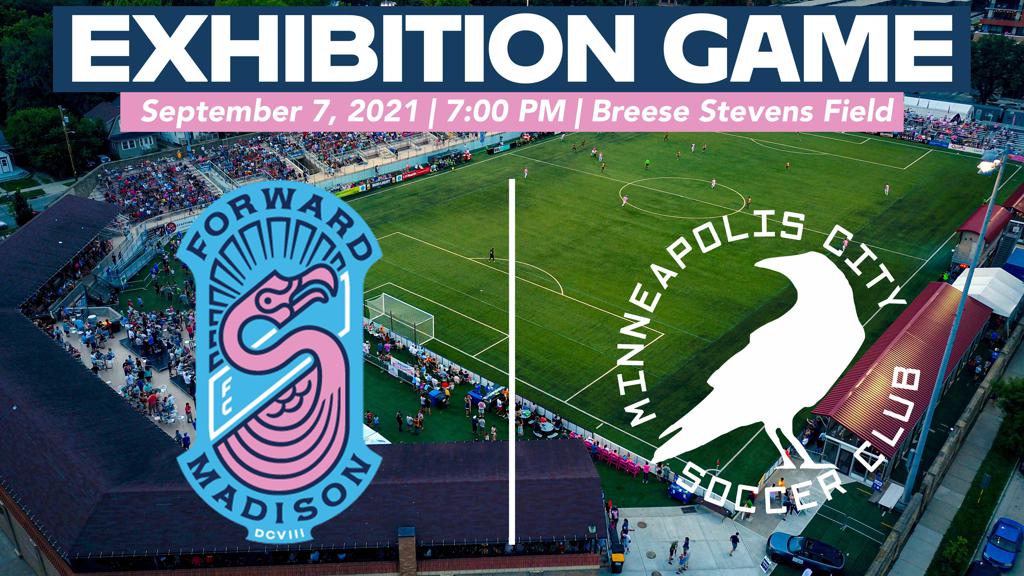 Forward Madison will host Minneapolis City SC in an exhibition match at Breese Stevens Field on Tuesday, September 7, the team announced Thursday. This will be the Flamingos’ third exhibition game of 2021, following friendlies with Atlético Morelia on July 20 and UW-Madison on August 10.

According to Forward Madison COO & Owner Conor Caloia, the Flamingos’ exhibition with Minneapolis City gives FMFC the chance to connect with another one of American soccer’s most creative lower-league teams.

“This has been a match a few years in the making,” Caloia said. “We look forward to hosting Minneapolis City and putting on a unique event for our great fans at Breese Stevens Field.”

Founded in 2016, Minneapolis City SC has quickly become one of American soccer’s pre-eminent grassroots organizations, gaining recognition for its creative kits and branding. Major decisions are voted on by the club’s supporters, and the team is mostly made up of local talent.

Forward Madison had a chance to play Minneapolis City in a competitive match in the 2020 U.S. Open Cup before the tournament was called off due to COVID-19.

“We are grateful and excited to be put to the test against Forward Madison" said Minneapolis City SC Technical Director Adam Pribyl. "We know firsthand the brilliance of Carl Craig. We know the talent on their roster, and their forward-thinking front office, and we know fans have been looking towards this match-up for some time.”

Forward Madison’s exhibition game with Minneapolis City SC is scheduled to kick off at 7 p.m.