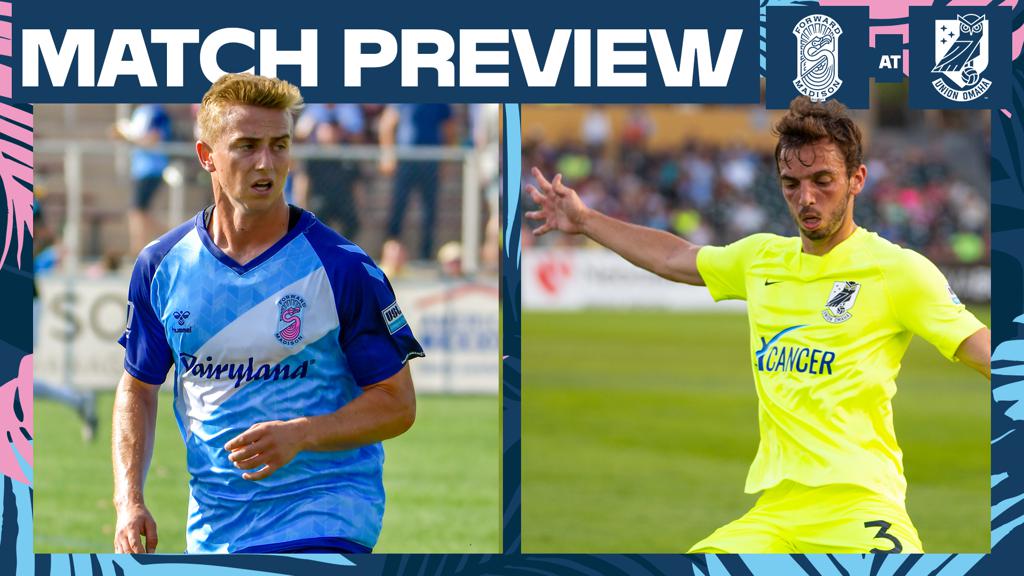 Forward Madison FC is seeking to bounce back on the road Friday in its third regular season matchup against Union Omaha. Kickoff is set for 8:00 p.m. CT.

Last Saturday, the Flamingos were handed their first road loss of the season with a 4-1 defeat at the hands of North Texas SC. North Texas scored twice within the first sixteen minutes of play, and FMFC never managed to muster up a comeback.

Forward Jake Keegan was able to earn a consolation goal for the Flamingos, though, scoring from a counter attack in the 82nd minute. Keegan, who leads Forward Madison with six strikes on the season, is now just one goal away from tying ex-North Texas forward Ronaldo Damus as USL League One’s all-time top scorer.

This loss bounced Forward Madison out of a playoff place as they sit 8th with 16 points in the USL League One standings.

Looking ahead to Friday, the Flamingos have key players that are equipped for a difficult matchup against top-ranked Union Omaha.

Midfielder Justin Sukow scored the game-winning goal for Forward Madison against Omaha during the teams’ first meeting this season on May 26th, a 1-0 win for the Flamingos at Breese Stevens Field. Sukow has played off the bench recently, but contributed a solid 45 minutes as a substitute on Saturday, supplying Keegan with an assist.

Midfielders Aaron Molloy and Audi Jepson will be two players for Omaha to watch as well, as Jepson created the chance for Sukow’s game-winning goal in May, while Molloy leads the team and is tied for 5th overall in USL League One in chances created with 22.

Turning to the competition, Union Omaha hasn’t lost a game since the team fell to Madison on May 26. The Owls last played on July 3rd, maintaining their first place standing with a 1-1 draw against Chattanooga Red Wolves SC. Friday will mark the third of four times the Flamingos will face the Owls this season, and also marks a chance for Forward Madison to take the all-time series lead, as both teams have won game apiece against the other.

Greg Hurst and Emir Alihodzic are two players that could pose a threat for the Flamingos' defense. Hurst leads the Owls in goals scored with seven, while Alihodzic scored the game-winning goal for Union Omaha against FMFC at Breese Stevens Field during the teams’ second matchup of the year, a 2-1 win for Omaha on June 6th.

Following Friday’s game, Forward Madison will be back at Breese Stevens Field on July 20th for an international exhibition game with Club Atlético Morelia of Mexico before hosting its next USL League One game on Saturday, July 24th against Fort Lauderdale CF.