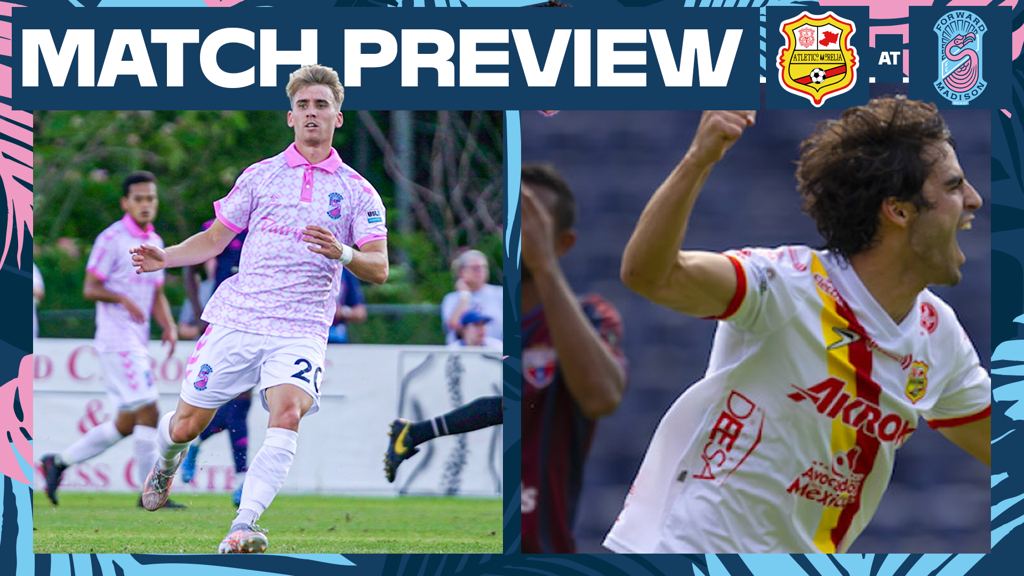 Last Friday, the Flamingos drew their match 1-1 against first place team, Union Omaha. Co-captain Connor Tobin scored the equalizer, and his second goal of the season, with a header in the 67th minute. Friday’s draw moves Forward Madison up to 7th place with 17 points in USL League One Standings.

Looking ahead to Tuesday, this will be Forward Madison’s first exhibition match of the 2021 season and its third-ever international exhibition. In 2019, the Flamingos hosted Hertha BSC of Germany and Los Leones Negros of Mexico.

Tuesday’s match will also feature some new faces as Forward Madison includes a mix of trialists and players on loan from the Chicago Fire in the game lineups.

Turning to our competitors, Atlético Morelia was founded in 1950 and played in the Liga MX, Mexico’s top-flight football league, for 39 years before switching to La Liga de Expansión MX in 2020. In 2000, the team won the Invierno championship.