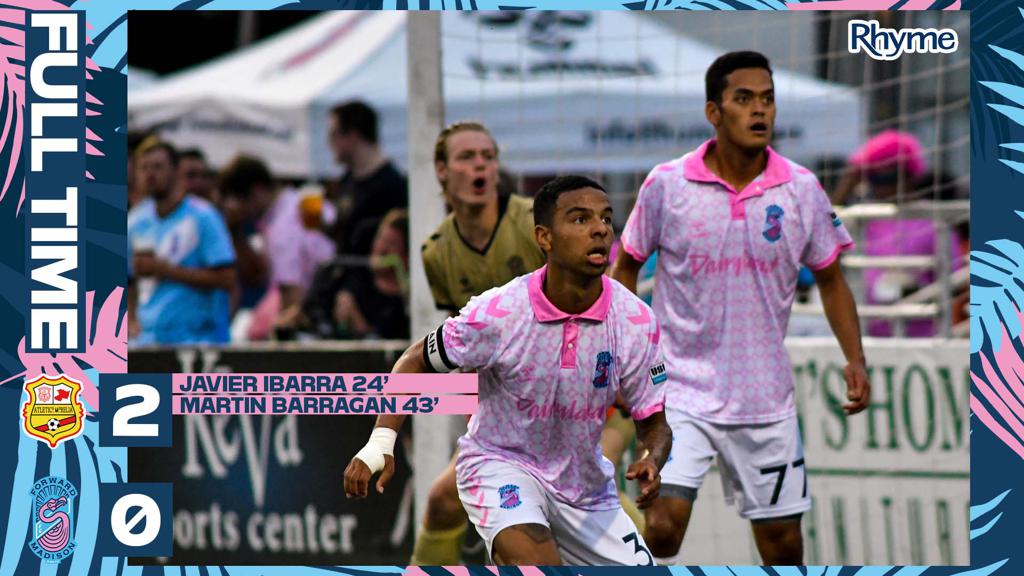 First half goals from Ibarra and Barragan doomed the hosts

Atletico Morelia took an early 1-0 lead off a shot by Javier Ibarra in the 24th minute. Despite making few inroads in the first quarter of the match, Ibarra took his chance and a heavy deflection made its way past goalkeeper Chris Brady to give the visitors the advantage.

Despite a few more attempts from the hosts, Morelia doubled their lead just before halftime thanks to Martin Barragan in the 43rd minute. After backing down the defender and receiving the ball, he was able to turn and shoot past a diving Chris Brady and make the score 2-0.

The season debut of Josiah Trimmingham was the highlight of the Flamingos’ first half, though his night came to a premature end as Gustavo Fernandez took his place before the intermission.

After the break, little could separate the two teams as no goals were scored, though both #10’s added some flare to the proceedings. Goalscorer Martin Barragan of Morelia nearly took a long ball in his stride but couldn’t finish his chance just after halftime, while Carlos Gomez entered for Forward Madison as a substitute and stopped a scoring chance before forcing a corner at the other end in the 87th minute.

Up next on Forward Madison’s schedule is a return to USL League One action against Fort Lauderdale CF on Saturday, July 24. One point separates the two clubs in sixth and seventh place on the table, though Fort Lauderdale currently hold three games in hand over the Flamingos.