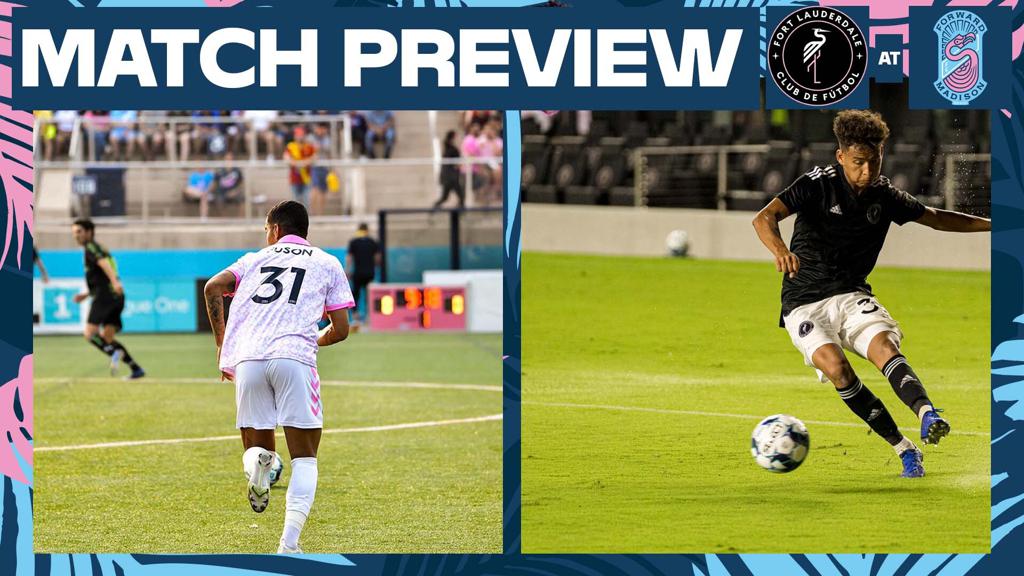 Forward Madison seeks to bounce back into playoff contention and earn its first win against Fort Lauderdale CF this Saturday at Breese Stevens Field. Kickoff is set for 7 p.m. CT

On Tuesday, Forward Madison paused its USL League One play to host an international exhibition match against Mexican soccer club, Atlético Morelia where they  2-0. Prior to this friendly, the Flamingos fell into a mid-season rough patch with their first road loss of the season against North Texas SC last week.

“We had the opportunities to get a result but I think it's a slap around the chops when you get four goals past you,” said Head Coach Carl Craig.

Following the team’s first road loss, Forward Madison steadily started to move back up the table after earning a 1-1 draw against league leaders, Union Omaha, last Friday. Connor Tobin scored the equalizer against the Owls and Coach Craig notes that adding midfielder, Eric Leonard, into the starting lineup allowed the team to be equipped defensively.

“Eric is a kind reminder to many of the players of what hard work and grit can bring the team,” said Craig. “Last weekend with Omaha, when the football wasn’t great, he was in the thick of all the action where he was stopping them getting through and I thought he had a solid game for us.”

Saturday’s game against Fort Lauderdale is a must win for the Flamingos, as they are currently out of a playoff spot with 17 points in USL League One.

According to Leonard, team confidence and composure are essential going into match day.

“We have some of the best players in the league and I think we need to play to our strengths,” said Leonard. “When we’re defensively strong and defensively organized, we play some of our best soccer.”

At his position, Leonard is also planning to build from the momentum he made against Omaha.

“Specifically tomorrow night, we know they've got some pretty big guys. So in terms of aerial duels, I'd like to challenge and win most of those and from a defensive side of things, it's about organizing the guys in front of me and organizing the guys around me,” said Lenard. “We have leaders like Jake and Connor on the field but I can help with them in terms of communication and getting numbers behind the ball for us.”

Turning to the competitors, Fort Lauderdale sits exactly one place and one point ahead of Forward Madison with 18 points and a sixth place position in USL League One table. Offensively, the team leads the USL League One in total goals scored with 22. Shaan Hundel, Mitchell Curry, and Venton Evans are key focal points of the Fort Lauderdale attack, netting 13 goals between them.

Following Saturday’s game, Forward Madison travels to Tennessee for its first match of the season against Chattanooga Red Wolves SC on Saturday, July 31.