Alex Monis and Javier Casas Jr. to join the Flamingos on loan from the Chicago Fire 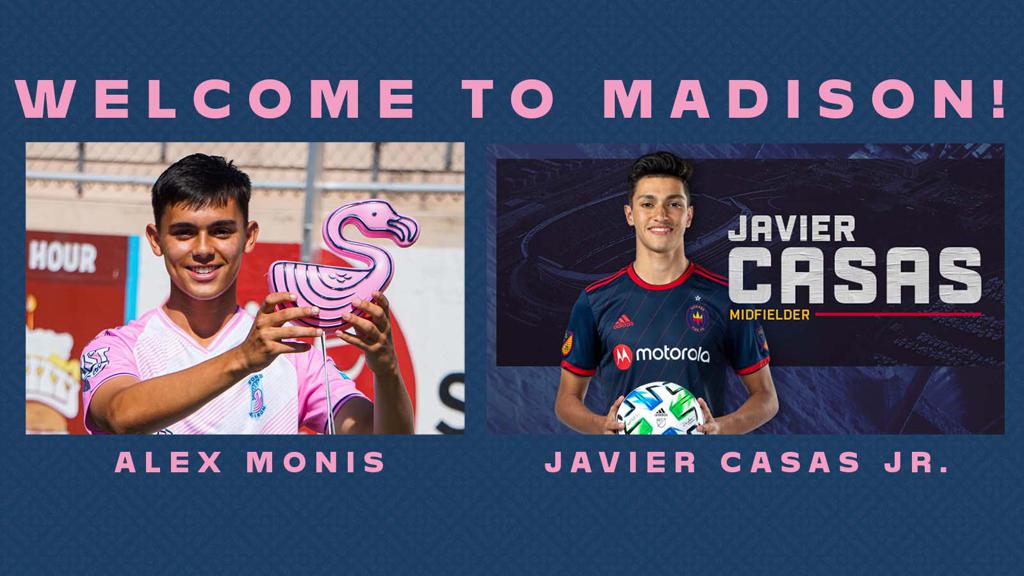 Alex Monis and Javier Casas Jr. to join the Flamingos on loan from the Chicago Fire

Forward Madison FC announced today that forward Alex Monis and midfielder Javier Casas Jr. will join the Flamingos squad immediately on loan from the Chicago Fire. Monis, 18, and Casas, 18, look to provide a spark for a FMFC squad looking to secure a playoff spot in USL League One in the coming months.

Casas Jr. was an Academy player for the Chicago Fire and earned his first professional contract with the club in March of 2020. Throughout his time with the Fire organization, Casas Jr. has made 65 total appearances (64 starts), including 19 appearances (19 starts) for the Academy. Casas Jr. made his professional debut for the Fire against D.C. United on May 13, 2021.

Monis and Casas Jr. are the most recent loanees from a partnership between the Chicago Fire and Forward Madison. Previously, goalkeeper Chris Brady was loaned to the Flamingos for a match earlier this year. The affiliation between the two clubs permits the Fire to loan players to Madison, which provides fans in the Midwest the opportunity to see some of the Fire’s future stars on display in Wisconsin’s capital. More can be read about the partnership here.