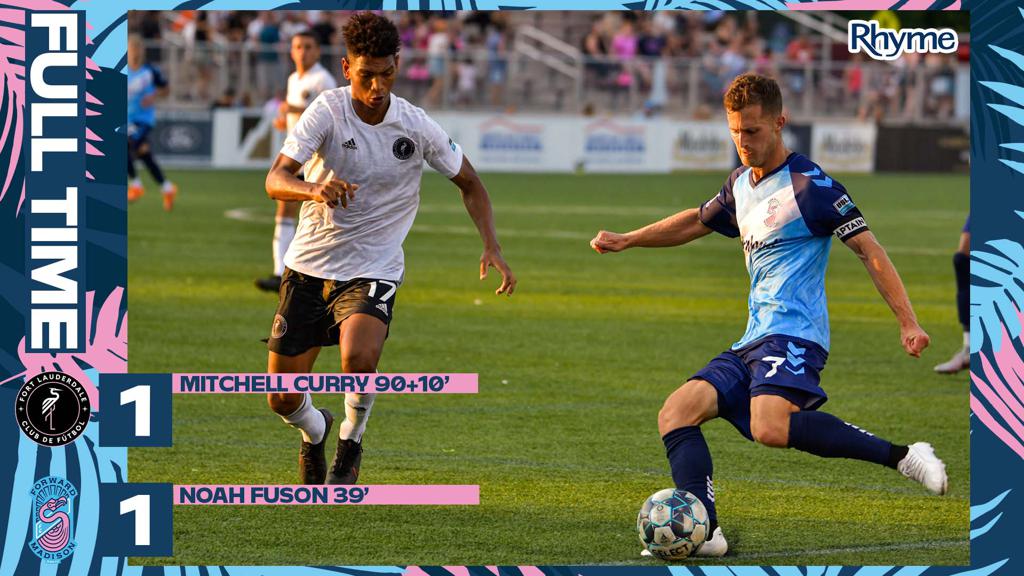 With a large crowd backing them, Forward Madison took on much of the impetus in the first half leading to Noah Fuson’s goal, which was his first of the season. Following the hydration break, the Flamingos returned to the field with renewed energy, and that’s all Fuson needed during a lung-bursting that culminated in a curled effort blasted past goalkeeper Drake Callender in the 39th minute.

Fort Lauderdale came closest with a shot from Mitchell Curry that whisked past the far post in the 30th minute, but no other effort came as close to challenging Phil Breno’s goal

The second half saw the Flamingos withstand a barrage of attempts from Fort Lauderdale, but a goalline stop by Connor Tobin in the 80th minute was negated by Mitchell Curry’s late strike in the 90+100’ minute of the match. The game was almost in reach for the hosts, but the ball fell to Curry at the back post and he clinched the result despite goalkeeper Phil Breno’s best efforts.

Following the result, Forward Madison remains in eighth place on 18 points, one spot behind Ft Lauderdale. Up next is a trip to Chattanooga Red Wolves, which sit six points above the Flamingos in the standings.