New signee Ryan Sierakowski sets the Flamingos off early with a fine header. 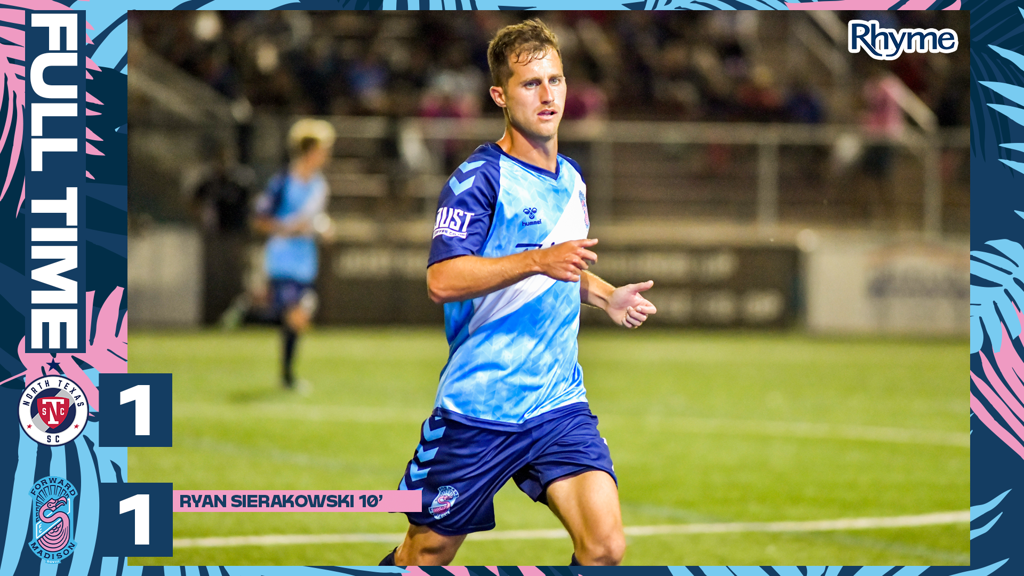 Forward Madison drew its match 1-1 against North Texas SC on Saturday at Breese Stevens Field. Newcomer Ryan Sierakowski started off the Flamingos' night with a header in the box in the tenth minute. Seirakowski’s goal was assisted by left back Cyrus Rad with a cross.

North Texas tried to equalize the game in the first half when the team was awarded a free kick in the 21st minute, but their efforts came up short thanks to Phil Breno. Breno blocked Gabriel Morais' header that was creeping just under the bar after the free-kick.

The Flamingos were able to hold possession for most of the second half, but North Texas earned a free kick in stoppage time where Thibaut Jacqual equalized the match with his right-footed shot to the bottom right corner directly from the free-kick.

With this draw, Forward Madison maintains its eighth-place standing with 24 points in a very tight USL League One Table.

Following Saturday’s draw, the Flamingos hit the road for an away match against North Carolina FC on Wednesday, August  25.