The Flamingos look to keep pace in the playoff hunt against North Carolina FC this Wednesday! 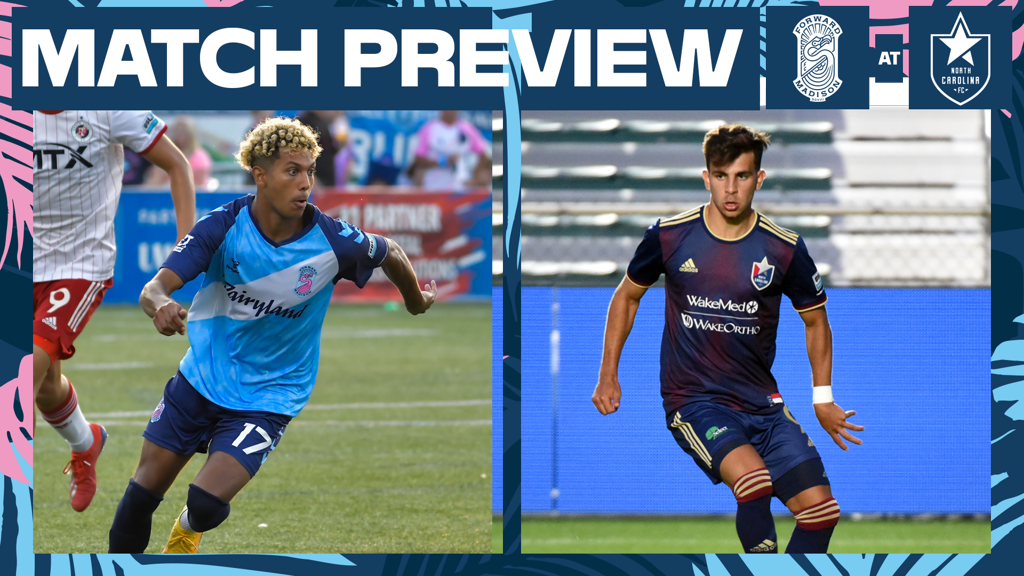 Forward Madison fights to keep pace in a packed playoff race this Wednesday as they travel to face North Carolina FC. Kickoff is set for 6 p.m. CT.

On Saturday, the Flamingos earned one point after a 1-1 draw against North Texas SC at Breese Stevens Field. Forward Madison jumped to an early lead when new forward Ryan Sierakowski sunk his first goal as a member of the Flamingos with a header in the 10th minute. Forward would hold that lead for most of the game until North Texas player Thibaut Jacquel scored on a free kick in stoppage time, tying the game at 1. The game would end in a 1-1 draw.

With this draw, Forward Madison now sits in 9th place with 24 points in USL League One Standings.

As the League table stands, the Flamingos are one of the seven teams currently with 24 points. Forward will look to jump up in the standings against a North Carolina team that currently sits in last place in the USL League One standings with 12 points.

North Carolina has dropped their last three matches after having won their previous three before that. While North Carolina finds itself last in both goals scored and shots this season, it hasn't been all bad news for them this season as the team currently ranks fourth in passing accuracy and last in fouls conceded, meaning the Flamingos will have to play efficiently if they want to pick up three points on the road.

These two teams last played each other on May 15 as Forward won 1-0 in Madison.

Following Wednesday's match the Flamingos will stay on the road with an away match against Richmond Kickers on Wednesday, September 1. Kickoff is set for 5:30 p.m. CT.