The Flamingos fail to capitalize on opportunities as they go scoreless in 1-0 loss to North Carolina FC. 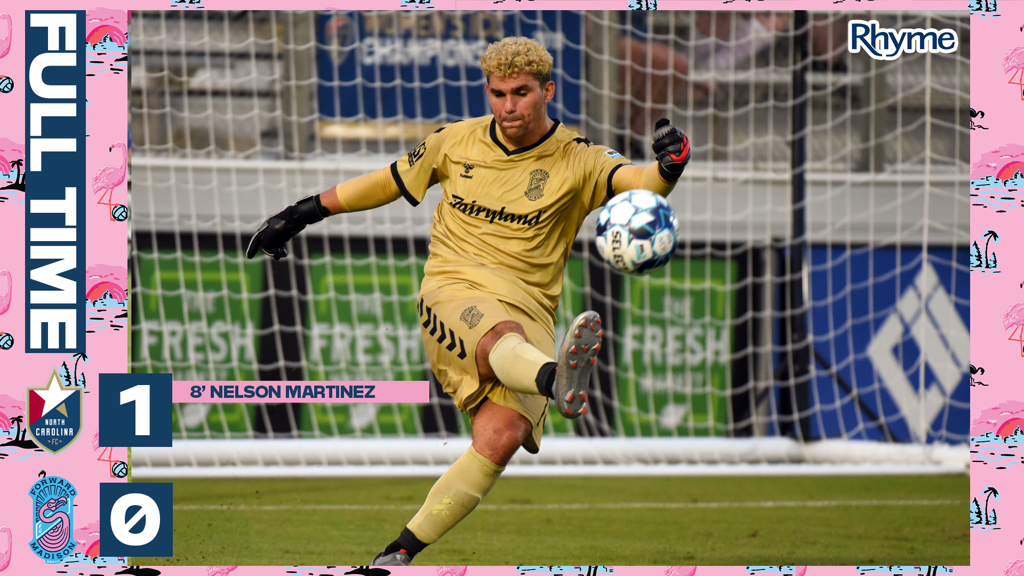 The Flamingos fail to capitalize on opportunities as they go scoreless in 1-0 loss to North Carolina FC.

Wednesday night proved disappointing for Forward Madison as the team lost 1-0 on the road to North Carolina FC. An early goal from North Carolina served as the game’s only score as the equalizing score eluded the Flamingos.

The action started early for the home team when defender Nelson Martinez launched a long-distance shot in the eighth minute that sailed just past the diving arms of Forward goalkeeper Phil Breno to put North Carolina up 1-0.

Both teams would have chances to add to the score total throughout the rest of the game but failed to convert. Forward Madison had several decent chances throughout the rest of the game including a point-blank chance from Derek Gebhard, a rifle off the foot of Jake Keegan, and a one-timer from Justin Sukow, all of which could not find the back of the net.

Forward Madison dropped their fourth game of the season but did not move down in the playoff standings. They currently sit in ninth place, tied with 6 other teams who all have a point total of 24.

The Flamingos look to rebound next Wednesday, September 1st when they travel to Virginia to take on the Richmond Kickers. The kickoff for that game is currently scheduled for 5:30 PM Central.