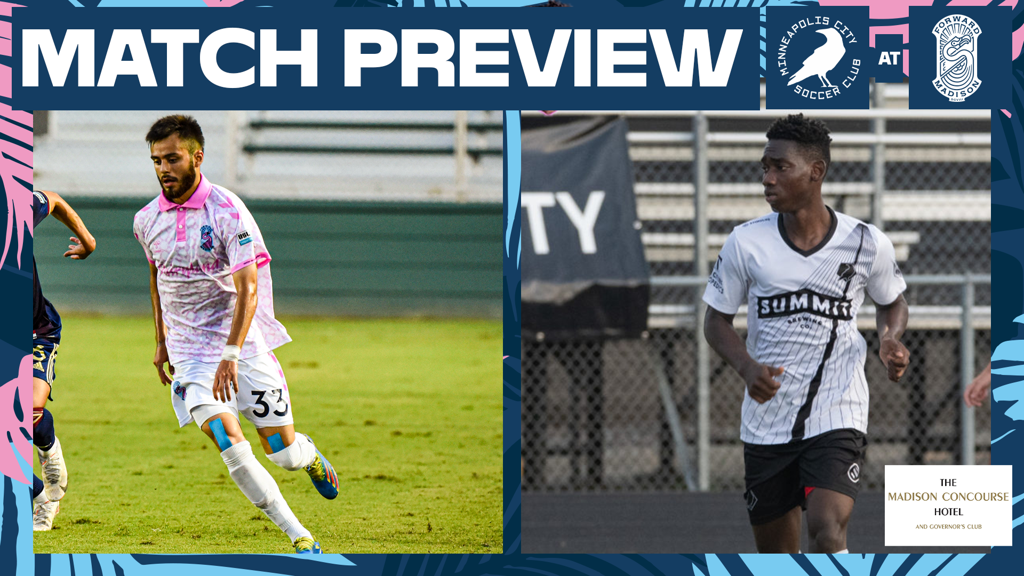 Forward Madison welcomes Minneapolis City SC to Breese Stevens Field on Tuesday, September 7 for a friendly border-battle! Kickoff is set for 7:00 p.m. CT on Tuesday. This will be Forward Madison’s 3rd friendly of the season, having previously hosted Mexican Club Atletico Morelia and the UW-Madison Men’s soccer team.

The Flamingos return home for their first game action in almost two weeks as their last match against Richmond Kickers was postponed due to weather. In their last match, the Flamingos were shut out on the road at North Carolina FC, suffering just their fourth loss of the season. North Carolina struck early in the game, scoring the match’s only goal in the eighth minute when defender Nelson Martinez launched a shot into the back of the net. Forward failed to convert any of their chances for the rest of the game and lost 1-0.

Forward Madison currently owns a 5-4-9 record after 18 games, good enough for 24 points and eleventh place standing in the USL League One table. They sit just one point behind the third-place squad in the standings, meaning a playoff spot is very much in reach for the Flamingos.

Minneapolis City SC plays in the National Premier Soccer League, a league comprising over 90 teams that is commonly recognized as a 4th-tier league on the US soccer pyramid, although the league does not have any official designation by U.S. Soccer. Minneapolis City joined the league in 2017 and has finished in first place in their division every season except their first.

Minneapolis City SC wrapped up its summer season in July as they finished with an 11-1 record, good enough for 33 points and a first-place finish in the North Conference Division of the NSPL. They qualified for the playoffs but fell short of their championship aspirations as they lost in the second round to Cleveland SC.

Following Tuesday’s match, the Flamingos will stay at home to play Richmond Kickers team on Saturday, September 11 at Breese Stevens Field in Madison. Kickoff for that game is currently set for 7:00 PM CT.